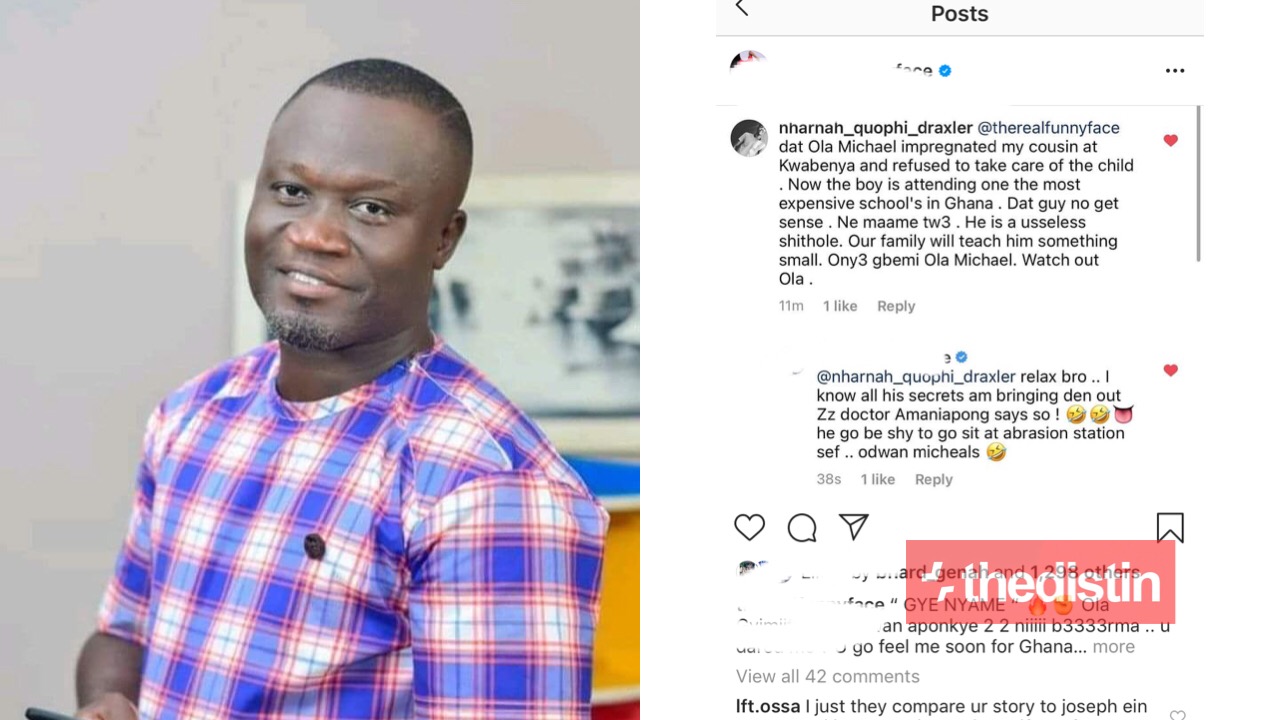 An Instagram user has exposed Neat Fm presenter, Ola Michael over failure to performs his duties as a father after he allegedly impregnated his cousin to Funny Face amid his wahala with his baby mama.

His comment comes after Funny Face blasted him for tagging him as a lair when he was discussing his brouhaha with his baby mama on Neat Fm.

Read Also: ‘I’ll Slap You If I See You’ – Funny Face Responds To Ola Michael For Calling Him A Liar Over His Fracas With His Baby Mama | Video

According to Ola Michael, Funny Face’s side of the story is pleasant to him and in in his honest submission, he said Funny Face seems to be lying to Ghanaians.

Funny Face saw Ola Michael’s and he also released a bombshell to him and also noted that should he meets him and his is not with a bodyguard, he will slap him, click here to watch the video.

Under Funny Face’s video on his Instagram page, a user and follower of the comic actor commented and revealed dirty secret about Ola Michael.

According to him, his family will soon get him in hot waters after he refused to perform his duties as a father after he impregnated his cousin.

Funny Face shared the screenshot and wrote a caption that reads: