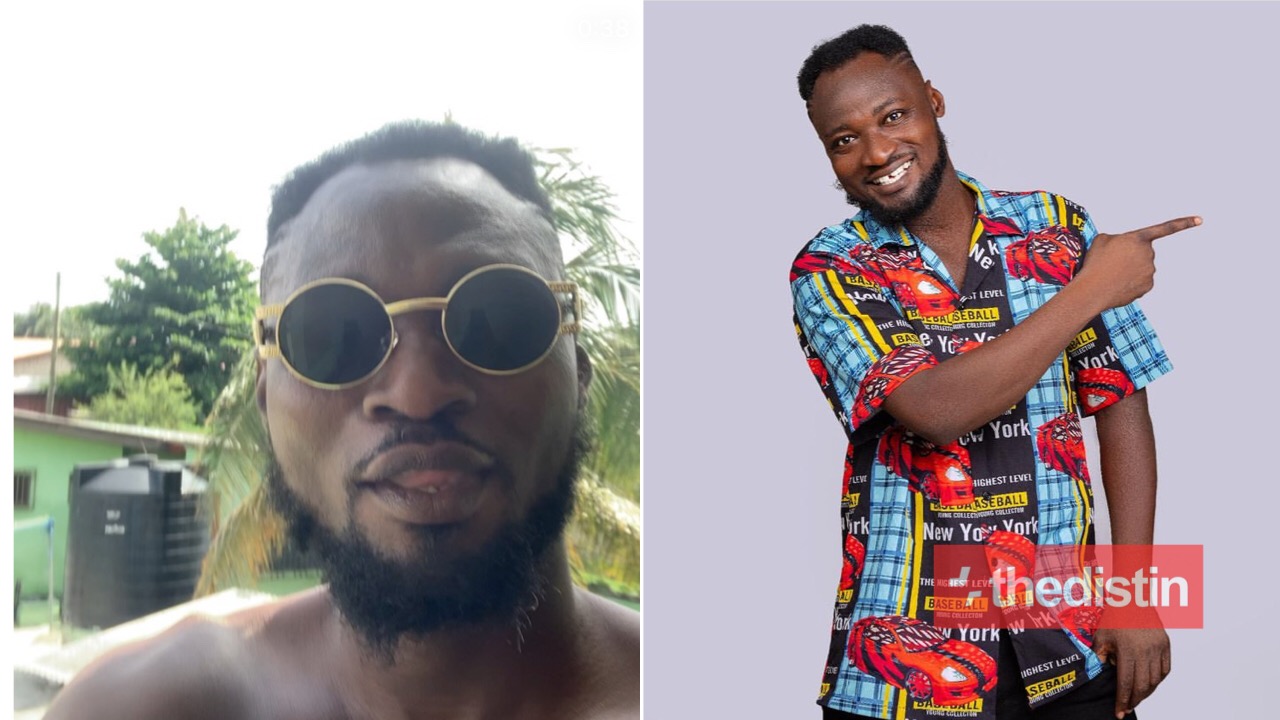 Comic actor, Funny Face speaks out of pain in a new video, he curses all his trolls amid his fracas with Maame Yeboah Aseidu and his twins baby mama, Ama Vanessa.

Funny Face continues to fight everyone including now critics and trolls as he lands curses on them.

In a new video, Funny Face says anyone attacking him for fighting for his twins is going to live to see their kids die a very painful death.

The comic actor has been making all the wrong decisions recently as he publicly fights his baby mama, the mother of his twins and of his unborn child.

Both Funny Face and Vanessa, his baby mama, claims the other has been abusing them.

In anger, Funny Face has recorded a video to attack anyone who has been on his neck. According to him, since he’s just fighting for his kids, anyone who attacks him will suffer and their kids will be taken from them.

“Listen, if you don’t know anything about this issue and insult me, my pain when I’m only fighting for my daughters, your children are about to die anyhow. Cars will crash them anyhow and I’ve said this with pain,” he cursed.