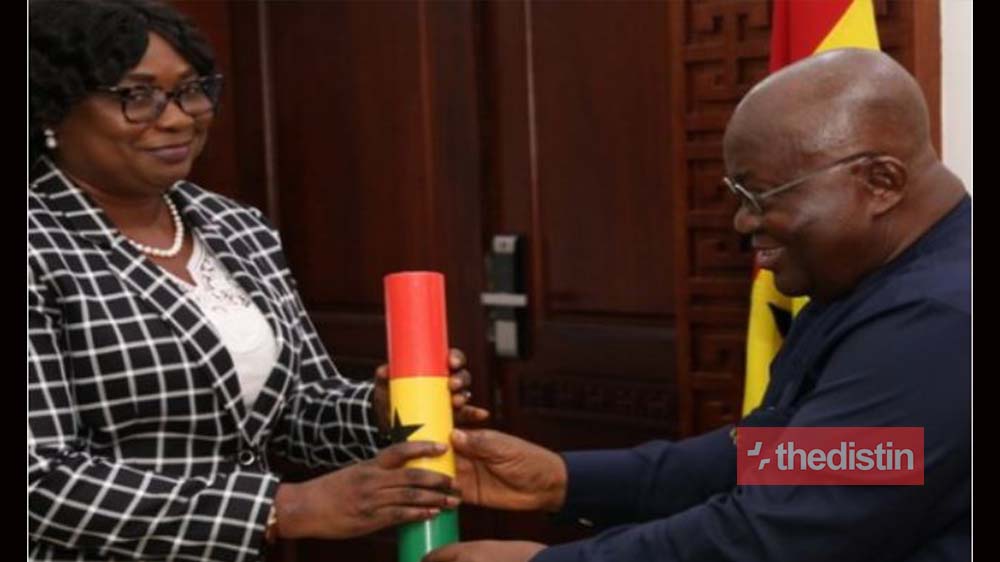 This follows the resignation of Mr. Martin Amidu, three years after his appointment.

Mad. Cynthia Lamptey, Acting SP, I salute you. It’s a difficult task, we know, but we trust you to fulfill our aspirations

Mr Amidu resigned on Monday, November 16, citing a number of reasons for his resignation.

In his letter to the President, Nana Akufo-Addo before leaving office, the Citizen Vigilante made a plea case for his then assistant, Cynthia Lamptey who is now interim Special Prosecutor to be paid all emoluments due her since her assumption of office.

His claims were that Ms. Lamptey had not been paid any emoluments since her appointment, and there is the need to redress that situation for her.

I accepted the offer on 10th January 2018 to be nominated to be Special Prosecutor because Mr. President and Ghanaians knew I have been an anti-corruption crusader all my life and not an anti-corruption entrepreneur. This explains why I have never put the emoluments and benefits of the Office as central to my commitment and my passion for the establishment of an independent, effective, efficient and impartial anti-corruption Office of the Special Prosecutor before the end of the first term of Mr. President. This has not been possible for several reasons

The Deputy Special Prosecutor has also not been paid any emoluments since her appointment, and there is the need to redress that situation for her now that I am out of the way

He said in his statement

Ms. Lamptey is a lawyer with over 30 years standing at the Ghana Bar and former acting Director of Public Prosecutions.