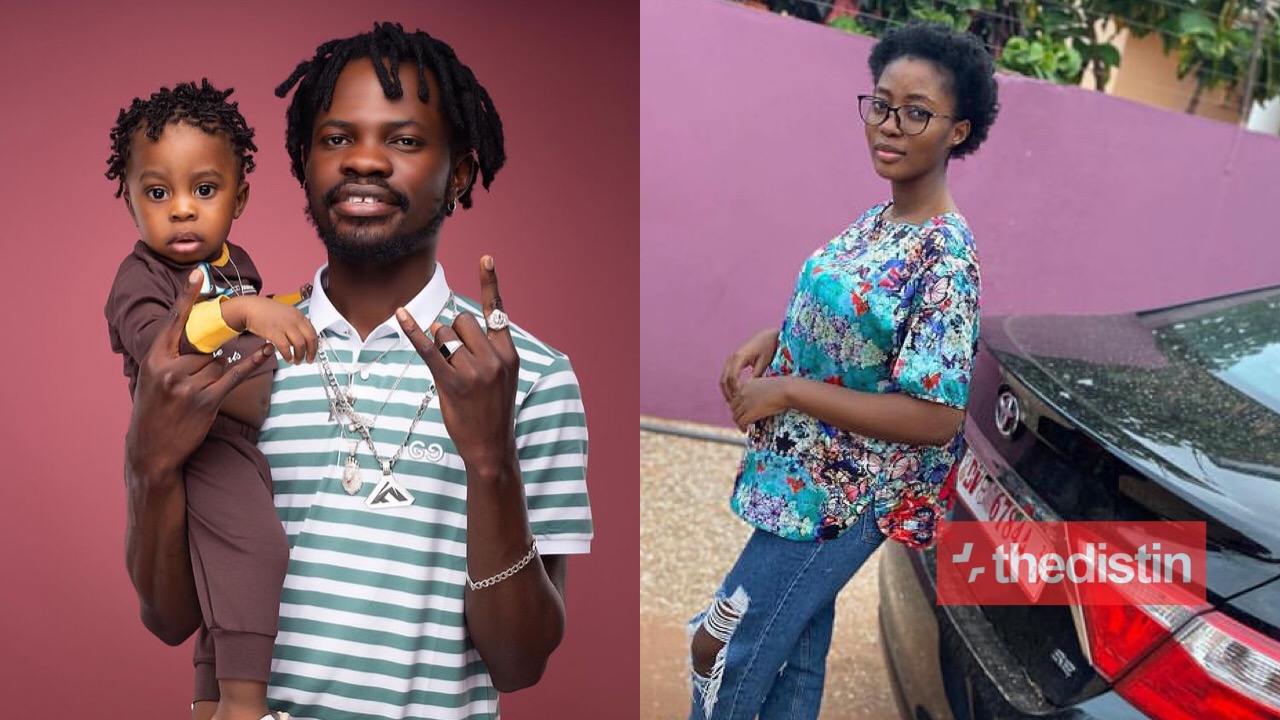 Read Also: Singer Fameye Reveals The Political Party Of His Choice He Will Vote For In December

As a result of the young star’s first birthday, both his parents have splashed social media with his photos and awesome birthday wishes,

A video of singer celebrating his son on his birthday captured him displaying his house and cars on social media, click here to watch video.

A new picture sighted by Thedistin.com has shown the singer with the face of his son drawn on his hand.

The picture was shared by the baby mama of the singer and while sharing it, she wrote:

Below is the picture: