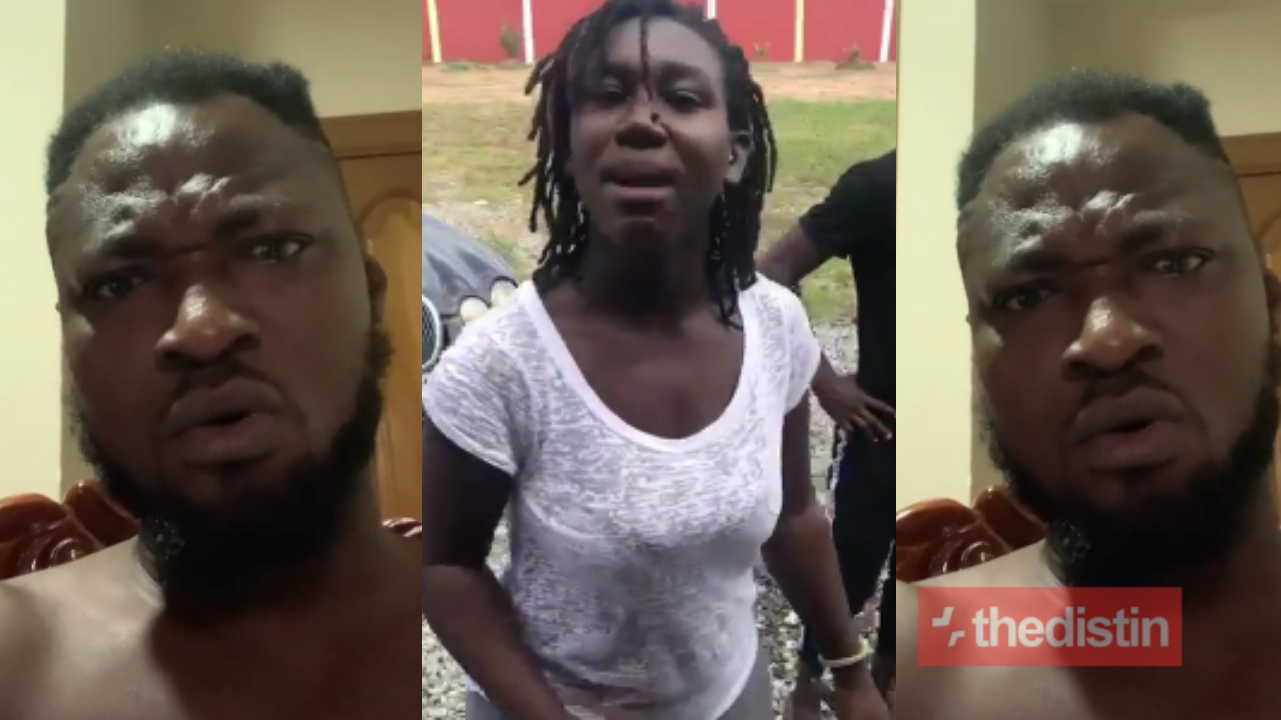 The brouhaha continues between comic actor Funny Face and his baby mama Vanessa.

You guy remember Vanessa agreed to an interview with Ghpage where she said that Funny Facs has been beating and even pulled a gun on her and fired three warning shots.

Also, the father of Funny Face Baby Mama Vanessa in an interview also said some unpalatable things about Funny Face (See The Video Below)

In a new video shared on his Instagram page, Funny Face has replied Vanessa and her father.

Read Also: Just In: Dr. UN Released From Cell, Hints On Giving Out Another Award (Video)

According to Funny Face, Vanessa is a serial wee smoker and a drunkard.

He said that Vanessa in her current pregnant condition was busily smoking wee at the back of his house.

According to him, comedian Davido Oscar is his witness because he was present in his house when they both saw her smoking the wee.

He further stated that Vanessa even fights her father who claims Funny Face stole her daughter, and as a result Vanessa stays with her mother.

Funny Face further revealed that Vanessa father is a wee farmer and that’s how come Vanessa smokes Wee a lot.

Read Also: My ‘Duna’ Is Real; Says Wendy Shay As She Challenges Eazzy With Her Twerking Skills On | Video