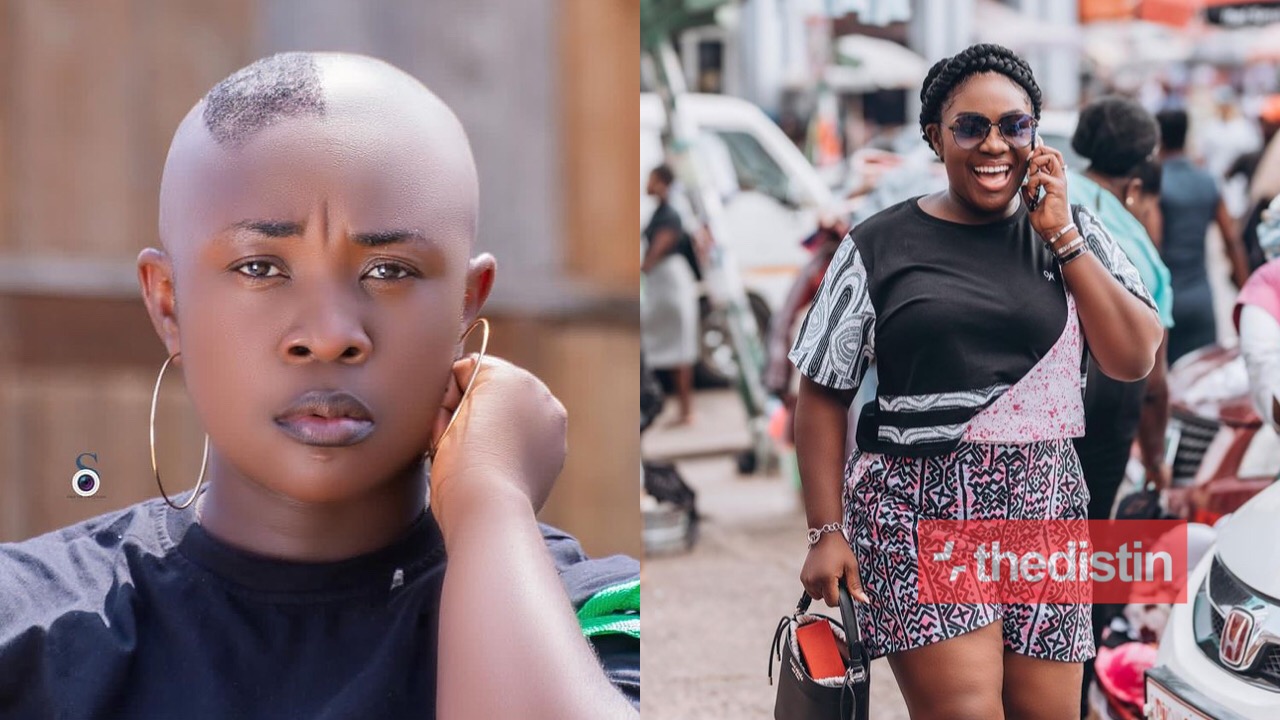 Actress, Emelia Brobbey has gone bald in a movie, pictures from the behind the scenes circulate on the internet.

Ghanaian Kumawood actress, Emelia Brobbery has been trending in new pictires of her with no hair which happpens to be a movie role.

Apparently, she is not the only female actress to take this huge risk, the likes of Nana Ama Mcbrown, Christabel Ekeh among many other have also been sighted in movies with their hair shaved.

They are mostly paid huge sums of money by movie directors before they take this bold moves by she shaving off their cherished hair.

New pictures sighted by Thedistin.com shows Emelia Brobbey in a yet to be released movie with her hair shaved.

The title of Emelia’s movie is not yet known but possibly, her pictures are creating awareness and to hype her incoming movie.

celebritystyle_boutique: ITS THE HAIR STYLE FOR ME

ponobiom_ba_yonah: I swear I really like her sense of acting and she is even my celebrity crush

dannylampo: I thought the one on the left was @blakkcedi