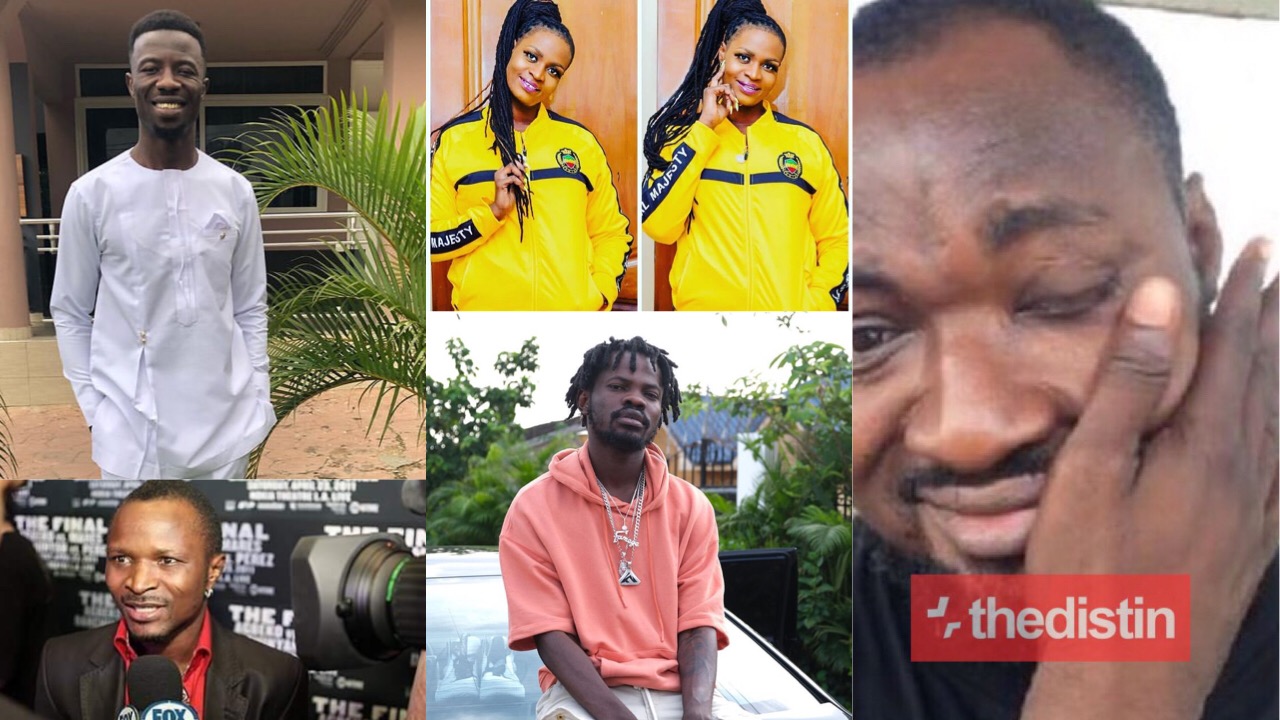 ‘I will die like terminator da movie’ Funny Face shocks Ghanaians with Suicidal notes amid his estranged relationship with his baby mama, Ama Vanessa and all it’s brouhahas, some Ghanaian celebrities reacts.

Funny Face has really got some of us worried especially when he did involve death threats and suicidal notes towards himself.

Read Also: ‘Kwaku I Want To Die, Take Care Of My Girls’ – Funny Face Leaves Suicidal Note To Kwaku Manu Amid His Fracas With His Baby Mama

Most of us understand what he is passing through at the moment; the pain of being disgraced publicly, 3 contracts being terminated already and some bashes from social media users who perhaps thinks his side of the story is not convincing to them.

First, Kwaku Manu shared a video and advised Funny Face to cease fire and to put a stop to responding to people on social media because it keeps getting him annoyed and depressed, click her to watch Kwaku Manu’s full video he did for Funny Face.

Reacting to Kwaku Manu’s message, Funny Face penned down a long message in the comment section appreciating the love he has shown him during this difficult time of his life.

However, his message was a sucidal one, which has caused a massive panic among Funny Fans and others who love his craft.

Read Also; Kwaku Manu With Some Words Of Wisdom To Funny Face; Pleads With Him To Stop What He’s Doing | Video

According to him, he wants to die because of all what he’s passing through, and if he dies, Kwaku Manu should take care of his twin daughters.

Funny Face wrote:” @kwakumanubob I will never be angry with u bro I love u Kwaku  bro am in pains … ask abt VANNESSA at pataaaase and they will tell u zz Kwaku I even sold my soul for dis girl and Kwaku see how she has ended my life… Kwaku I want to die … but know dat I love you and u were real with me .. when I was alive .. take care of my girls .. Kwaku I love u and for life is for life .. see u at da other side zzz “ Gye Nyame “  @kwakumanubob” (Click Here To Read More + Screenshot).

Fast forward, Funny Face shared a new video of himself crying and he captioned it with another suicidal note, he wrote:

“ GYE NYAME “ ⚰️🔥✊😢 GOD bless u @kwakumanubob really appreciate u .. u are are a real brother .. Vanessa had finished me ! Hmmmm 😢😢⚰️⚰️🔥🔥🔥🔥🔥⚰️⚰️⚰️⚰️ stillllllll I will die like terminator da movie .. I will go into da acid with a thumps up to my daughters .. my #EllaandBella .. let dem know their father is a hero .. and when he was alive .. nobody dared to cross him .. he layed down his life for dem. … cos the pain of Betrayal from their mother was too much Brie their LEGENDARY father .. let dem know . Da name was and it will always be KASOA VANDAMME “ EI GO OVER YOU “ simply put “ ONE MAN THOUSAND “ 🔥⚰️⚰️⚰️⚰️⚰️⚰️⚰️⚰️⚰️⚰️🔥🔥🔥🔥🔥🔥

His video got the attention of many of his fans, Funny Fans and some celebs as they took beneath his post to react.

Below are what Ayisha Modi, Kwaku Manu, and a host of other celebs said under Funny Face’s post:

comedianwaris Hurhhhh I’m crying May God be with you man

dannybeatzgh Bro stay STRONG the Lord is with U🙏🙏🙏🙏🙏🙏🙏… we need the Brand FUNNY FACE till God Almighty HIMSELF will call U… LIFE in Africa is not fair… some people think U are a Narcissistic but none know what UV been thru… some of us woman has never laid hands on us before but what we’ve been thru with women only God bro… some of this issues for happen make U understand this world bro… we only have TWO ENERGIES, (POSITIVE And NEGATIVE).. Know where U belong bro…. DON’T waste that POSITIVE ENERGY… if the issue WON’T matter in 5years DON’T spend 5seconds on it…. U are a LIGHTWORKER that’s why U got so much LOVE the only thing that can destroy U is NEGATIVE ENERGY… My bro CUT ✂️ Them NEGATIVE VIBES silently and Focus on ur SOULS Purpose… U are on This EARTH for ur SOULS mission and I tell Apart from Entertaining NEGATIVE Vibes nothing or no human can bring U down GYE NYAME❤️❤️❤️🙏🙏🙏

kingjosephagbeko We love you Bro. You shall overcome

fiifiadinkra It shall be well