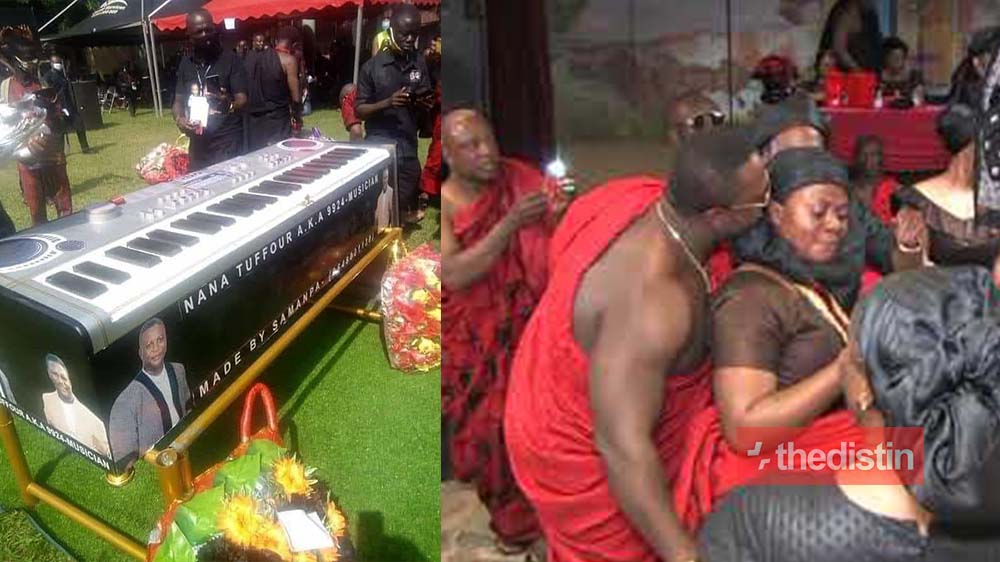 The Highlife legend passed away on Monday, June 15, 2020, after a short illness and had been expected to be buried earlier but his passing away came at a time when there were restrictions on public gatherings and thus the burial and final rites.

Read Also: Nana Tuffour’s Death: Everything We Know | What Happened To Him

With the easing of the restrictions on public gatherings, the funeral for the legend has finally been held at the Centre for National Culture in Kumasi.

Photos and a video from the funeral show it was a well-attended sad ceremony and a befitting one for a legend.

The photos show Nana Tuffour was sent home in a coffin made like a keyboard (piano or organ) with his photos and name embossed on it.

Below is the video and photo