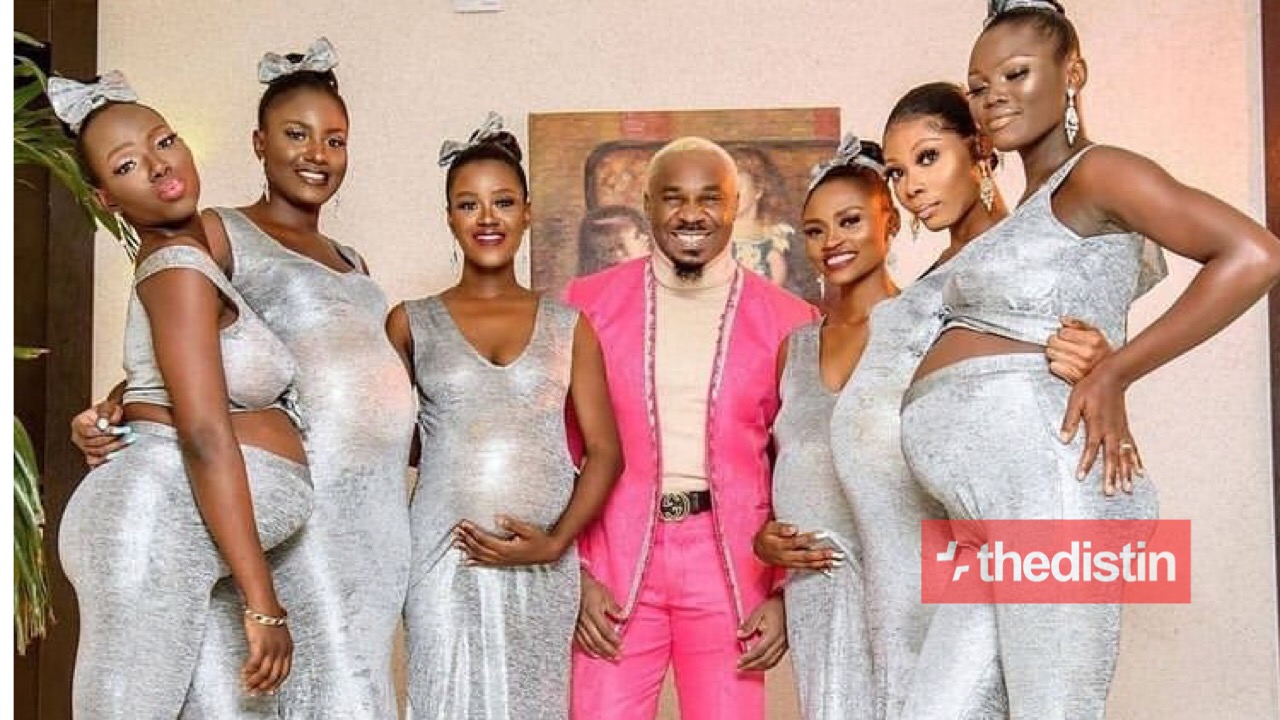 A Nigerian club owner identified as, Pretty Mike has showed off all the 6 baby mamas he has impregnated.

He was seen with the entourage of heavily pregnant young ladies at Nigerian actor Williams Uchemba’s wedding.

The club owner referred to the women as his “6 baby mothers to be”.

Sharing video and photos on Instagram, he noted that this is not some kind of ‘film trick’ but he’s just living the best of his life.

“LAGOS ZADDY LIVE #williamsgottheoscar PM and his 6 Baby Mothers to be 😻…. no film trick, we are just living our best life“,