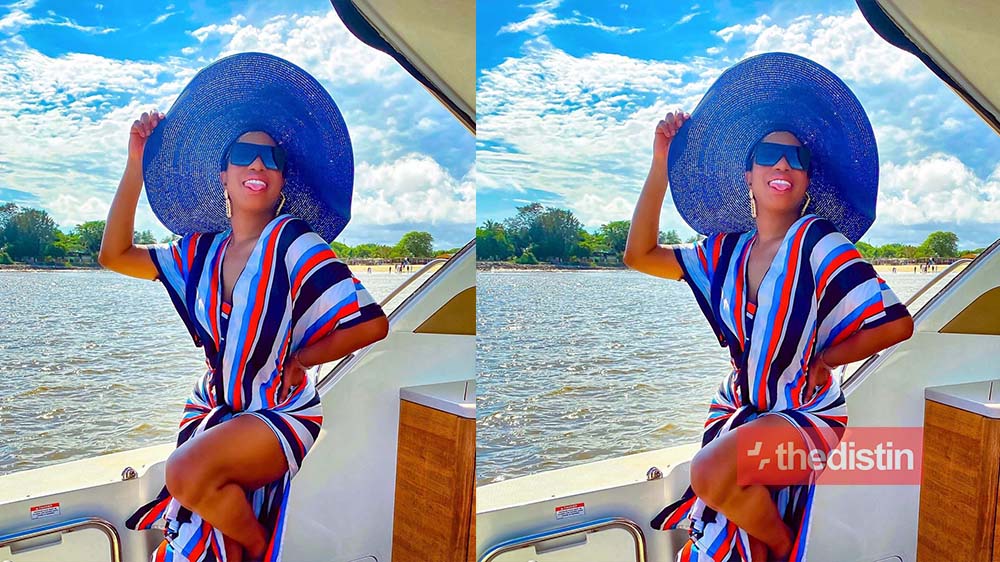 The actress decided to stir things up a little on social media as she turns heads with her new picture living and enjoying life to the fullest.

In the photo, Chika Ike is seen looking simply and beautiful with her hat on while she teases admirers with her lovely body.

Below is the picture

After she shared this beautiful picture celebrities like Juliet Ibrahim, Van Vicker among others praised her at the comment section

According to the user, she saw actress Chika Ike with Ned at Maitama and she decided to record them.

She added that if Regina Daniels does not reply her she will upload the video to social media.

You can recall that a few days ago, the mother of Regina Daniels threatened to deal with Chika Ike if she doesn’t stop throwing herself about on her in-law.

According to her, she will deal will her in the spiritual way if she continues to hang around him because she has heard rumors.

Well, it seems Chika Ike is in for trouble as a social media user has sent a video to Regina Daniel alleging that she has seen the actress and Ned Nwoko having a nice time together.

The user took to the comment section to tell Regina Daniel to check her DM for the video and get back to her or she would post the video on social media in the next 2 hours.

Girl, I just send a video on dm. I saw Ned Nwoko and Chika Ile @ Maitama and I recorded it. I will upload it on my page in two hours ur you don’t get back to me