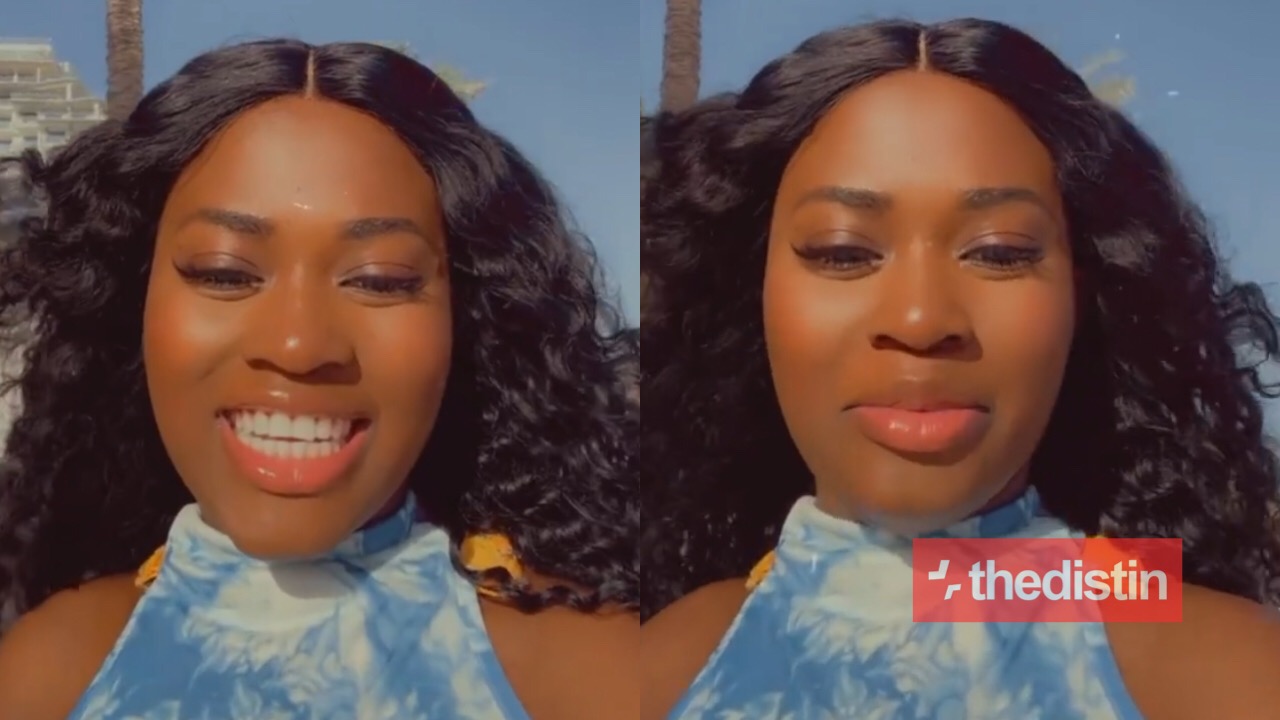 Fella Makafui in Dubai has asked her husband, Medikal to be prepared to pay his second bride price list.

This comes after she recorded and shared a video of herself on her Instgarm page gushing over herself in her stay in Dubai.

She was heard saying she looks too fine and in effect, he asked Medikal to pay another bride price to her family.

Thedistin.com had earlier reported when Fella Makafui jetted off to Dubai in a business class flight without her daughter, Island Frimpong which raised major concerns on social media.

Prior to her going on a vacation in Dubai, Medikal who travelled to the States with a backpack only arrived recently with over ten bags full of iPhones, sneakers and designer cloths, click here to watch the video.

Medikal has also acquired a Range Rover Vogue on Thursday, 19 November 2020 which Fella Makafui couldn’t keep calm seeing the car as she shared it on her social media platform, click here to watch video.

A video in the privy of Thedistin.com showed Fella Makafui heading to Dubai as she was spotted at Kotoka International Airport boarding a business class flight.

Netizen after sighting on the video were asking the where about of her daughter since she is still in the breastfeeding period, click here to watch video.