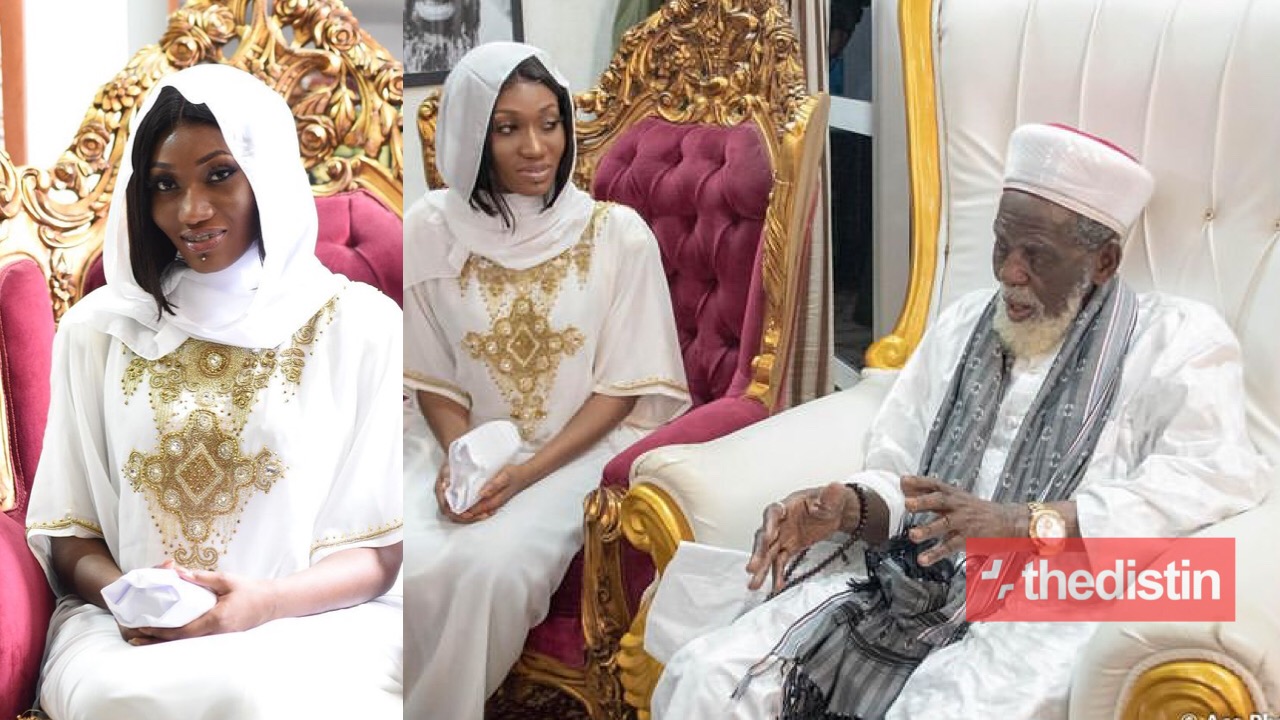 Wendy Shay, RuffTown Records and Shay Foundation has paid a courtesy visit to the National Chief Imam after her all party peace walk and clean up exercise at Nima.

Their visit to Osmanu Nuhu Sharubutu, the National Chief Imam climax the peace walk and clean up exercise for all political party organized by Wendy Shay and her label.

Wendy Shay and her label organised a peace walk and clean up exercises at Nima which was done with the motive of creating awareness for peace in the forthcoming general elections on December 7th.

At the event, since it was organised by the Rufftown Record, the new and fourth signed female artist, Kiki Marley graced the event.

After the clean up exercise, Wendy Shay thrilled her fans with an outstanding songs. She called her colleague signee, Kiki Marley and introduced her to the people of Nima to show the same love they have for her towards her too.

Kiki Marley performed her trending song, 3maa and interestingly, a song that was released in three days ago was well received by the people of Nima as some of her fans were seen singing it word for word, click here to watch her first performance at joining RuffTown Records.

Wendy Shay and her team climaxed their all party peace walk and clean up exercise with a visit to the National Chief Imam.

Pictures have emerged that shows Wendy Shay sitting next to Osmanu Nuhu Sharubutu and also greeting him at his house.

Below are pictures from their visit: