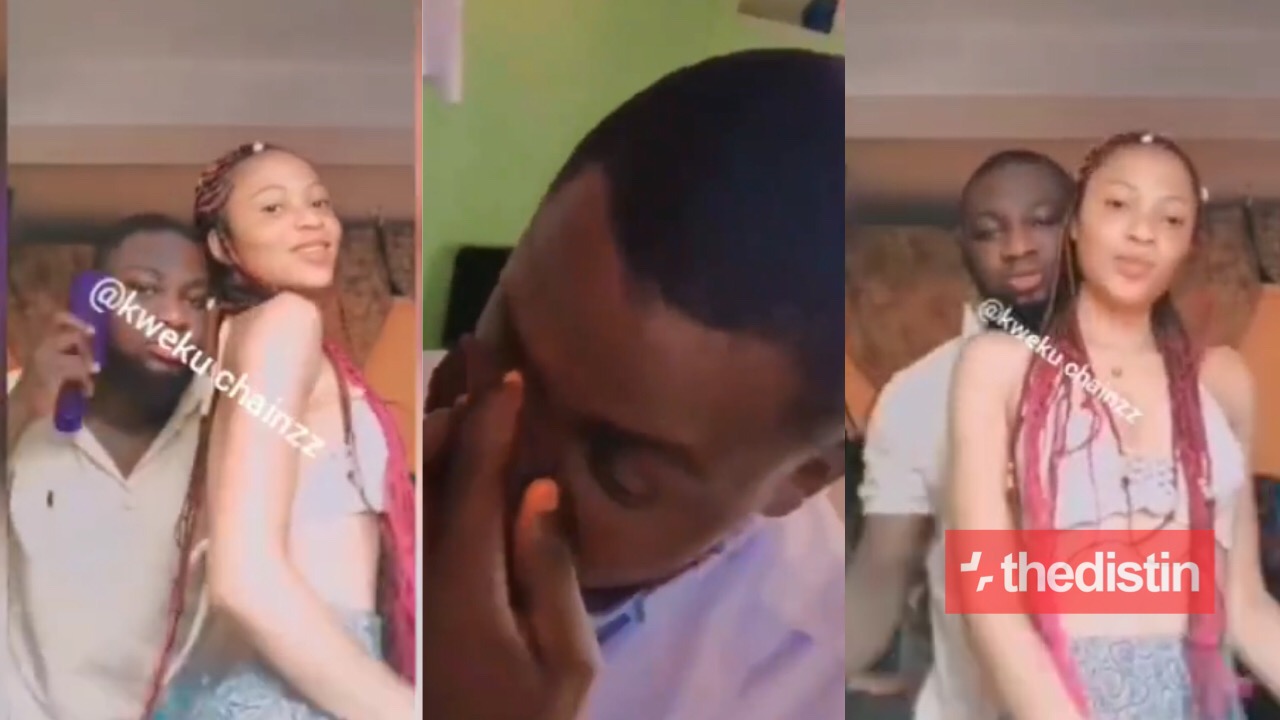 Christian Gyebi, the viral ‘medical’ doctor who was spotted crying like a baby is back together with his girlfriend, Angelina Ewurama after they settled their issues.

Christian Gyebi, the alleged ‘doctor’ who went viral for weeping over heartbreak and his lover, Angelina Ewurama, are reportedly back together.

After Angelina Ewurama begged her boyfriend, Gyebi on numerous interviews, a new video of the two sighted by Thedistin.com on their YouTube channel proves the two have settled their difficulties are are back together as lovers.

The gentleman, who turned out to be a pharmacy technologist instead of a medical doctor and his lover were seen loved-up in the video on their YouTube handle CokenFanta.

Read Also: Last Video Of The Medical Doctor And His Girlfriend Chopping Love Before He Was Heartbroken

Speaking on why they are now back together, Christian finally explained that their separation was caused by a gentleman who came between himself and Ewurama.

According to him, it has been established now that what happened between Ewurama and the other guy was a prank and the motive was to irritate him (Christian) and see his reaction.

Read Also: Ewurama: Lady Who Gave A ‘Medical Doctor’ A Heartbreak Meets Him Face To Face, She Begs Him To Be Accepted On Live TV

Christian indicated that a meeting was held between his family and that of Ewurama, where all the squabbles were finally settled and both of them have been joined together.