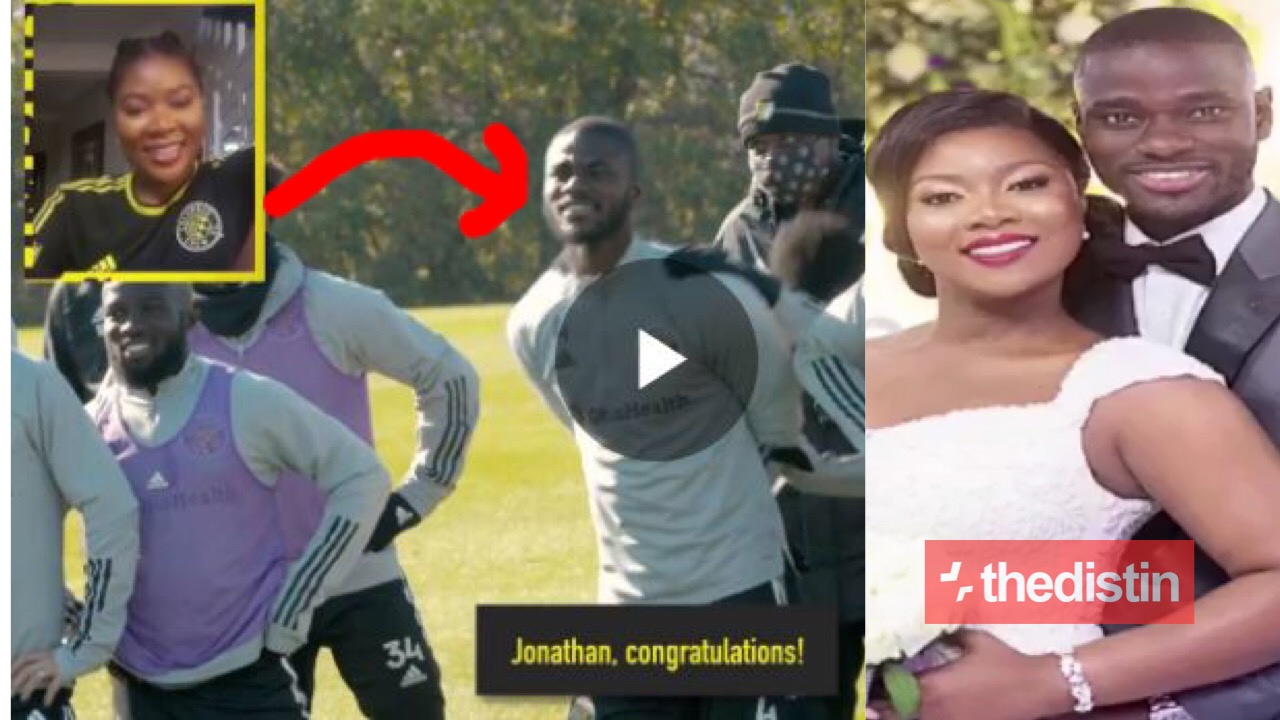 Ghanaian professional footballer, Jonathan Mensah who plays as a defender for and captains MLS club Columbus Crew SC gets surprised as his wife, Kafui Mensah breaks his news on his qualification to the 2020 top 11 selected players for Major League Soccer Team of the season.

Mensah has been named to the 2020 MLS Best XI, a season-long recognition honouring the most outstanding performers in the top-flight over the 2020 campaign.

Major League Soccer (MLS) selects the best 11 players to form the Major League Soccer Team of the season and Ghanaian professional player, Johnathan Mensah happened to be chosen for the second time because he was among them in the last season.

Read Also: ‘I Never Have To Live Without You’ – Maxwell Mawuli Mensah Tells Mcbrown, His Wife, With A Loved-Up Photo

There is a special way the selected 11 players are announced to join the Major League Soccer Team of the season and some of the ways include managers surprising the players with his own family member to do the special announcement.

Prior to that, Jonathan Mensah had used his wife, Kafui Mensah as his dearest person whom should anything happens to him in the country she should first be contacted.

Kafui Mensah was the one who surprised her husband on the training grounds. Before that, MLS called all the heads of Jonathan Mensah’s team and placed a big screen on the pitch and told them there is an announcement that needs to be made without giving a clue that it was for Jonathan Mensah.

Read Also: Free SHS Policy: Between Nana Addo And Mahama Who Started It? – This Is Everything You Need To Know | Photos

To Jonathan Mensah’s surprise, his wife, Kafui was displayed on the screen as she was heard officially announcing that her husband has been selected among the top 11.

In a video sighted by Thedistin.com, Jonathan Mensah was very excited and was even cheered by his colleague team mates.