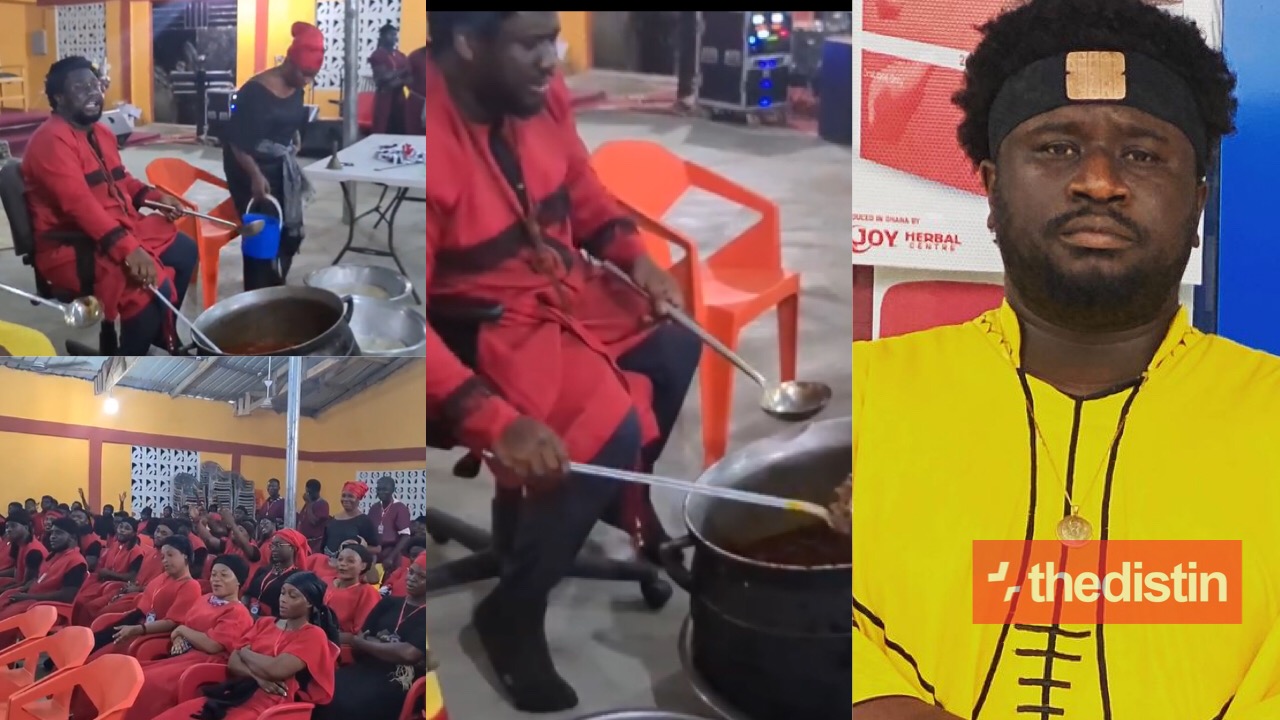 Bishop Kwabena Boakye Asiamah aka Chop Bar Pastor but widely known as Ajagurajah replaces the bread and wine served during communion services with fufu and light soup in his church.

Communion Services is a Christian ceremony in which people eat bread and drink wine in memory of Christ’s death. The communion service takes place every four weeks at 10.30am.

Bishop Abed kwabena Boakye Asiamah aka Ajagurajah, the leader of Universal Spiritual Outreach popularly known as Ajagurajah Movement has revealed that the bread and the wine served by many churches during communion services do not satisfy himself and members of his movement.

Hence, in a new video, he was captured about serving his people with fufu and light soup, and Jollof.

In the video sighted by Thedistin.com, the controversial man of God revealed that the will use Kalawele as their dessert.