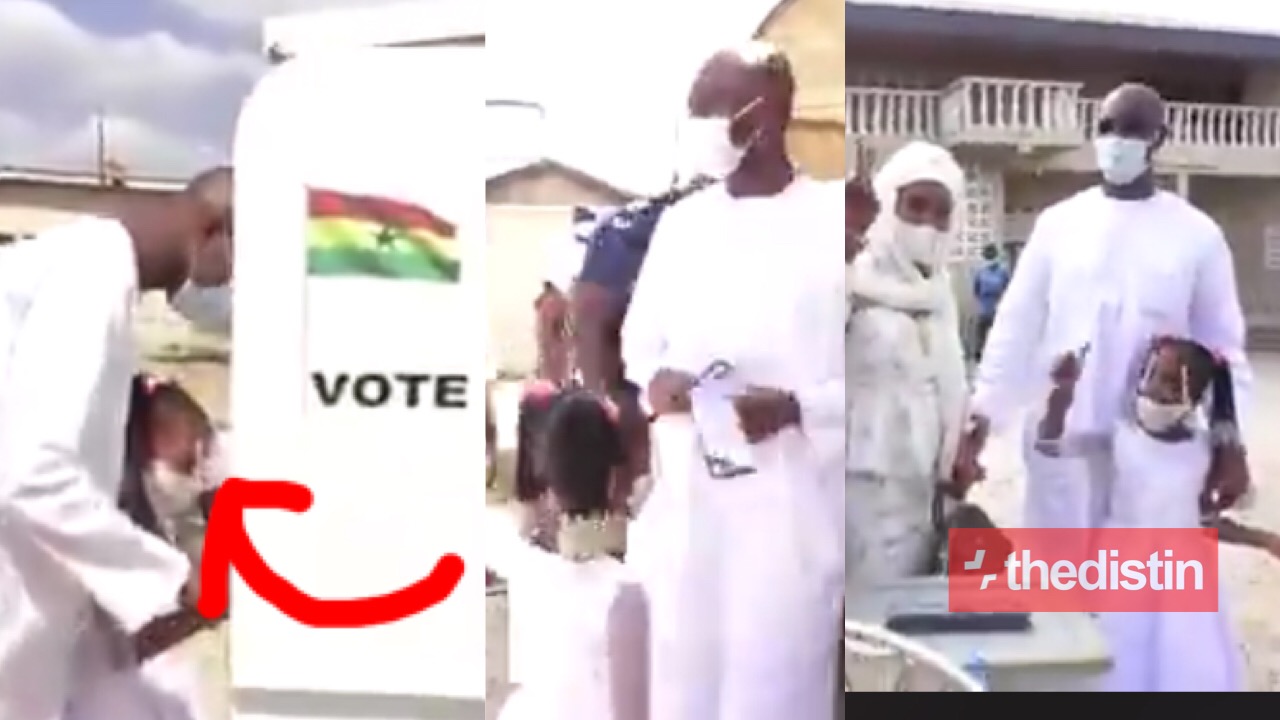 Incumbent member of parliament for Asawase, Alhaji Mohammed Mubarak Muntaka captured on camera using his little daughter‘s thumbprint instead of his at the polling station at Aboabo .

Alhaji Mohammed Mubarak Muntaka arrived at the polling station at Aboabo with his wife, son and daughter who is even not 15-years-old.

He was captured using the thumbprint of his daughter who is not even 15-years-old to vote instead of his on the presidential candidates’ ballot paper.

He repeated same when he went for the parliamentary ballot paper and made his daughter to use her thumbprint instead of his again.

Although the camera did not capture the whole movements, actions from him and his daughter showed that the little girl voted with her thumbprint and not him.

In all the cases for the presidential and parliamentary ballot papers, he folded the papers and gave them to his daughter to place it in the ballot boxes.

Read Also: ‘I Don’t Joke’ – Young Man Who Voted For All Presidential Candidates Shares Photo Of His Ballot Paper On Social Media

The MP for Asawase, seems to have created some controversy when he went into the ballot box with his daughter, and cast his ballot with her thumbprint, instead of his.

Alhaji Mohammed Mubarak Muntaka is the Member of Parliament for Asawase in the Ashanti Region of Ghana of the 4th, 5th, 6th and 7th parliaments of the 4th Republic of Ghana.