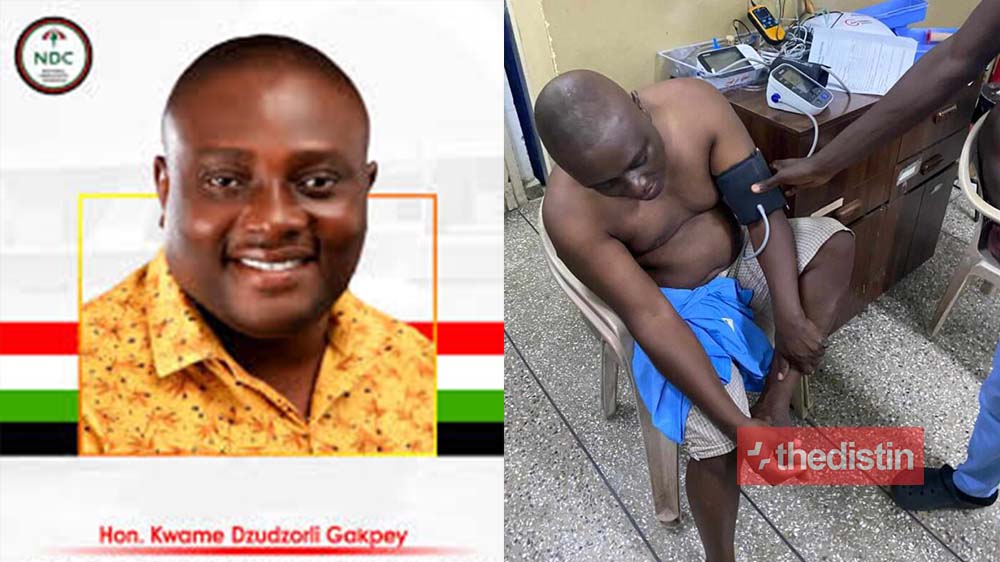 The Member of Parliament-elect on the ticket of the National Democratic Congress (NDC) in the Keta Constituency, Kwame Dzudzorli Gakpe, has been attacked by some armed men at the dawn of Friday, December 11, 2020

According to reports by GhanaWeb’s correspondent in the region, the attack took place at MP-elect’s residence at Afiadenyigba in the Volta Region around 2:00 am.

In an exclusive interaction with a younger brother of the MP-elect, Lambert Gakpe who narrated the incident, the armed men did not only launch an attack on Kwame Dzudzorli Gakpe but also ransacked a mobile phone shop which is situated close to his house.

They were a group of about five people who came to our house. This is the house of the elected MP for Keta, Kwame Dzudzorli Gakpe. When they came, they first attacked a shop in front of the house. In the course of breaking the door to the shop, our younger brother heard them and came out. They saw him ambushed him, then at a gunpoint, they asked him for money. So, they robbed him and they went to our parent’s room

they attacked my parents and some children in the house. When I woke up, I saw them through the window attacking my brother who is the MP-elect…According to my brother he had GH¢25,000 in the room so he gave everything to them and he was shouting that they shouldn’t shoot him…They beat my brother with stool, gun, anything they see they just hit him with it

Per the Lambert Gakpey narration, all gadgets of his elder brother were taken at gunpoint.

Lambert Gakpey said that while the gunmen continued to ransack other parts of the house, he helped his injured brother to escape through the back door.

He added that the MP-elect is currently receiving medical attention in a health facility in the area, while a report has been lodged at the Keta police.