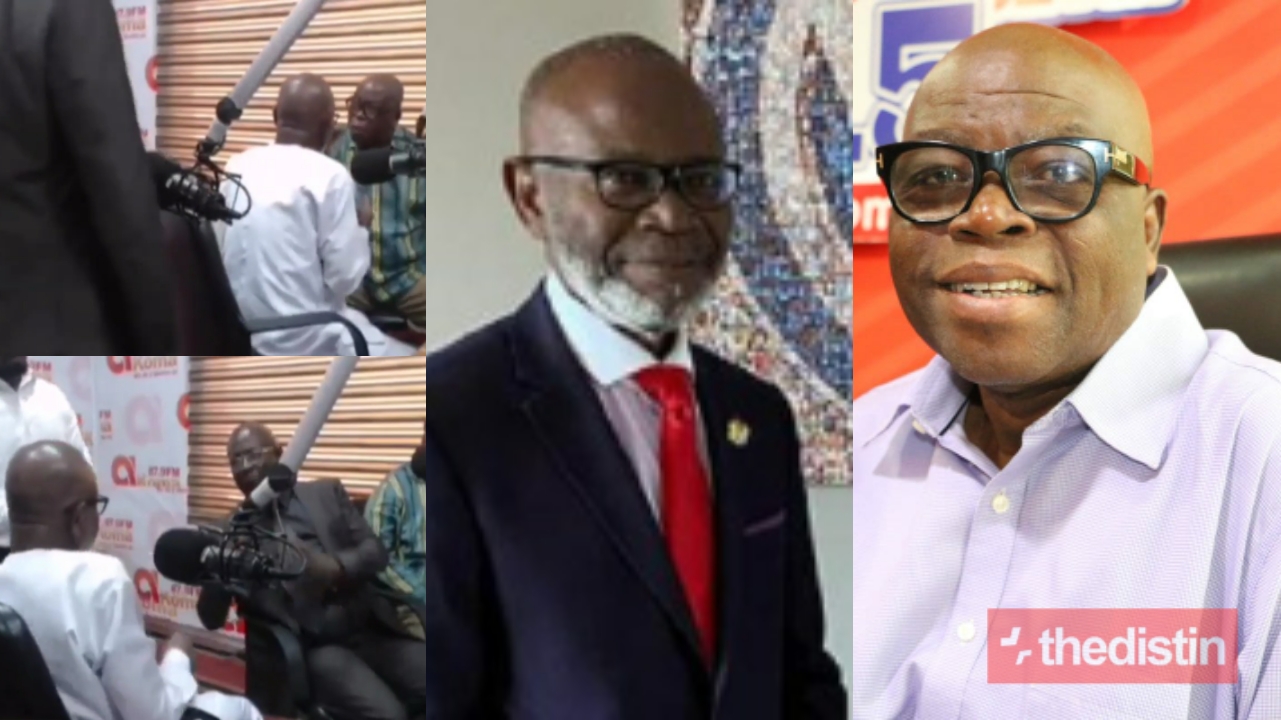 Ghana’s High Commissioner, George Ayisi-Boateng, is seen in a hot brawl with NDC’s Alhaji Daniel Muhammed over the 2020 election results.

Ever since the Electoral Commission declared the Nana Akufo-Addo as President-elect of Ghana, the National Democratic Congress have since not accepted the results citing incidences of fraud.

Well, in a discussion on radio today, George Ayisi-Boateng who is the High Commissioner of Ghana to South Africa almost fought with NDC’s Alhaji Sani Muhammed.

The two men as in seen in the video were calling each other names and nearly fought in radio studio if they hadn’t been separated.