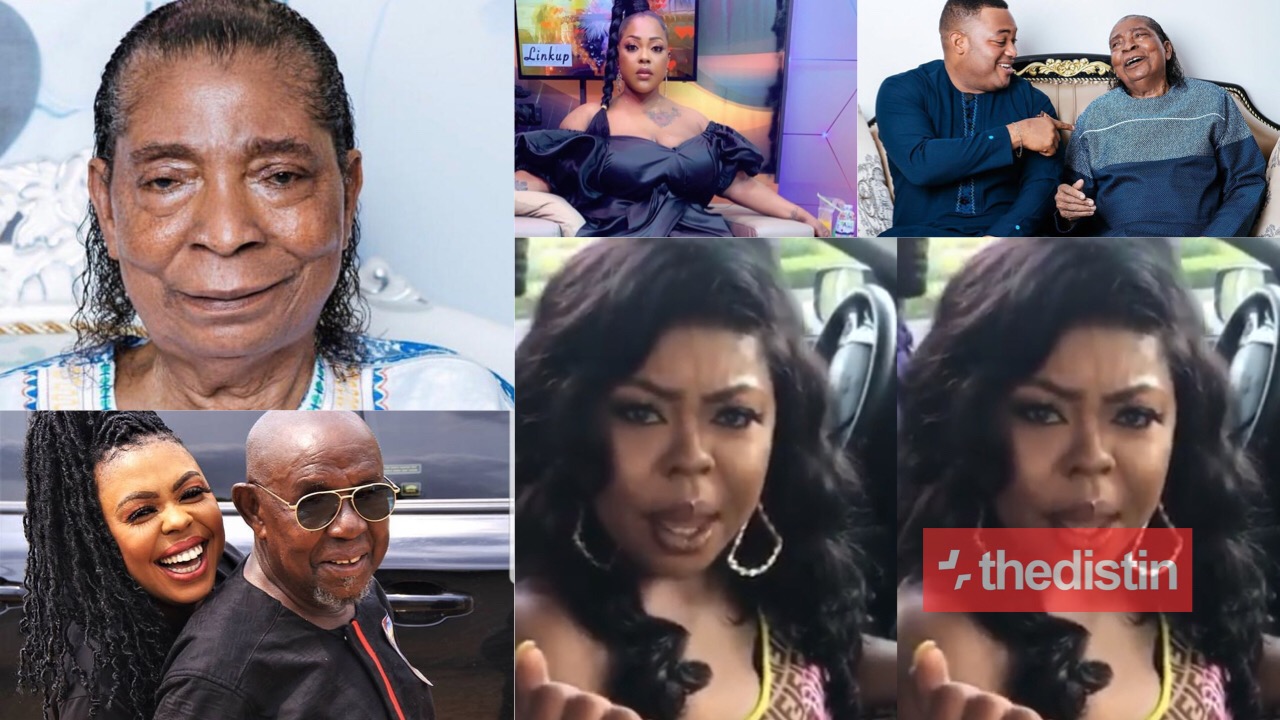 Self acclaimed queen of comedy, Afia Schwarzenegger has shared a picture of her father, Mr. Kwadwo Agyei indicating his achievements and reveals the only reason she will apologise to Apostles Dr. Kwadwo Safo Kantanka after she called him a g@y.

Ghanaian media personality and self acclaimed queen of Ghana’s comedy Afia Schwar and Mona Gucci, Link Up Show host on Kantanka Tv are serious beefing each other on social media.

Their beef is getting hotter and dirtier since it started in the last two days as they keep revealing secrets about themselves on social media, Click Here To Read Everything with Videos And Pictures.

In one of Afia Schwar’s rebuttal, she insulted Apostle Kwadwo Safo and his son Safo Jnr and went further to tag them as g@ys because they have given their platforms for Mona Gucci to talk about her, click here to watch the video.

Afia Schwar involving the powerful man in her reply to Mona Gucci has really caused her massive harm as many have blasted her for her uncalled for comment about the noble man as they urged her to apologise to him.

Afia Schwar replying to critics has shared a picture of her 84 years father, Mr. Kwadwo Agyei to reveal that he has also worked to serve Ghana and even though he is not rich, he is dear to her heart.

APOLOGY:
This is my Ugly,Broke,Old (as if old age is a curse),Sick,feeble father ..
He is Not rich,not famous yet educated than most of your so called rich men..yes my dad Mr Agyei is a humble chartered accountant…spent most of his years at STC among other institutions serving the good people of Ghana.

My dad in his 84 years(birthday loading)have NEVER been arrested, or cautioned at any police department in the world.
He is well travelled and super intelligent.
My dad may not be your hero but trust me Kwadwo Agyei is my Super Hero..he is my Spiderman,my captain planet,my Joe Biden…My dad is next to God.
I will Never, have Never attacked anyone’s dad .
Don’t push me and call me troublesome!!!!
I won’t disrespect your father,if you dare mine I will DISRESPECT yours in capital letters.
Obia ntomago y3 no Versace!!!!!
Foolishness have no formula so don’t try mine.
Thanks

Afia Schwar after sharing the picture of her father above and indicated what he has done for Ghana recorded herself revealing the reason she will apologise to Apostle Kwadwo Safo.

According to Afia Schwar, Apostle Kwadwo Safo owns Kantanka Tv and he has every right to call Mona Gucci on order when she gave her rivals; Nana Tornado and Mzbel the platform to talk ill about her.

Explaining further, Afia Schwar stated that during Mzbel’s time on the Link Up Show with Mona Gucci she insulted that Afia Schwar once went to Kumasi and alleged live on Tv that she slept with a dog and took $5000 in return.

Read Also: Apostle Kwadwo Safo Cries And Evoke Curses On Afia Schwar And Her Children After She Insulted And Called Him A G@y – Gh Mouth Piece Reveals

The self acclaimed queen of Ghana Comedy said that Akuapem Poloo went on the show the subsequent times to talk about her and her family which was not right to be done the same way.

Afia Schwar indicated that she took a phone to call Kwadwo Safo Jnr (Apostle Kwadwo Safo Kantanka’s son) to talk to Mona Gucci (host of the Link Up Tv) but her attempts to get things done with Kwadwo Safo Jnr proved futile.

Watch the video as she explains what happened that led to her insulting Apostle Kwadwo Safo: