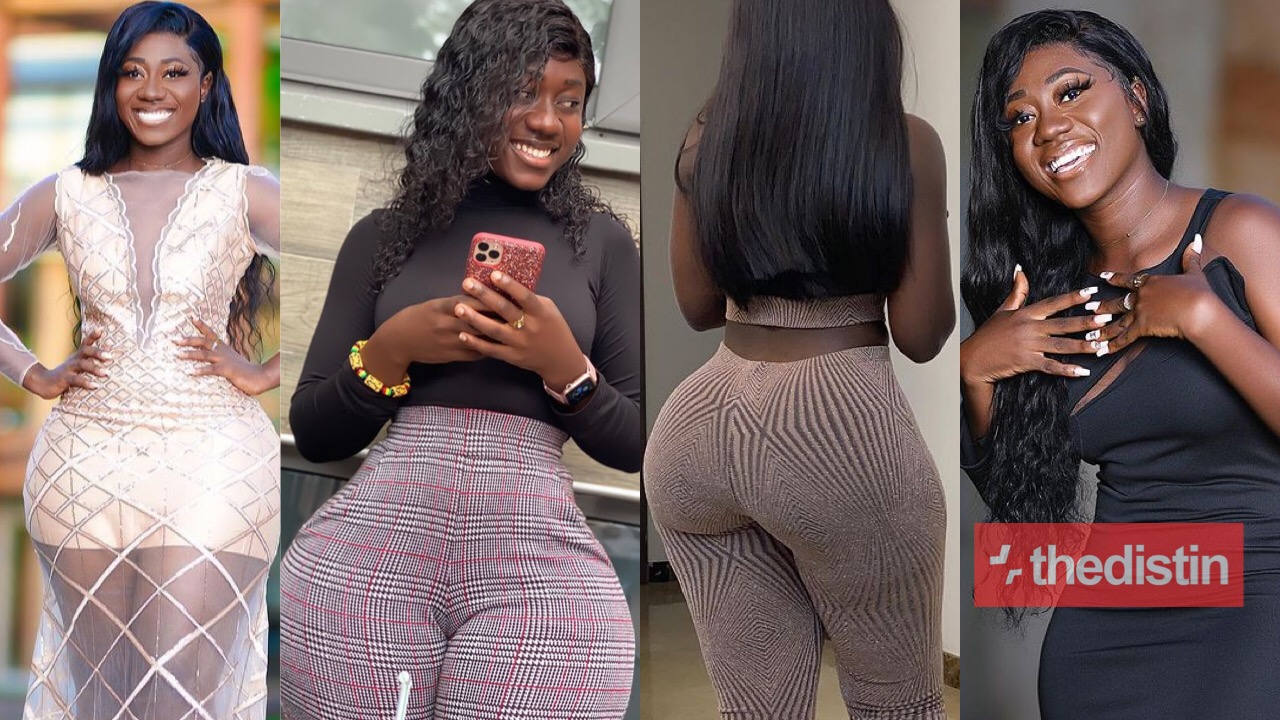 Ghanaian TikToker and Instagram model born Naomi Asiamah but addressed as Hajia Bintu has revealed the qualities a man should have before she will consider him as her husband or boyfriend.

The popular curvaceous lady revealed this in a content she released on her TikTok handle which showed her telling the world her preference of a man.

Read Also: Throwback Photos Of Hajia Bintu That Show She Was Born With All The Curves

Hajia Bintu has become a household name now since every time she releases photos on social media, they turn to go viral because of her beautiful curvy body.

As a young and good looking lady like Hajia Bintu with all the mountainous body curves she is surely believed to have dozen of men both rich and ordinary sliding in her DM.

Read Also: Hajia Bintu Shocks Shatta Wale With Her Big Backside As They Meet For The Time At The Video Shoot Of A Song He Made For Her | Videos

In a new video of Hajia Bintu which is trending online and available to Thedistin.com, her preference of a man includes the height, the financial status of a man, the s3x position of her choice, the size of manhood she prefers and the complexion of the man of her choice.

The video is one of the challenges most TikTokers have been seen partaking and since Hajia Bintu has become famous with her backside displaying contents, many may want to know more about her.

Hajia Bintu revealed she wants a tall man, dark in complexion who has more money a big joystick who will hammer her in bed with doggy styles.