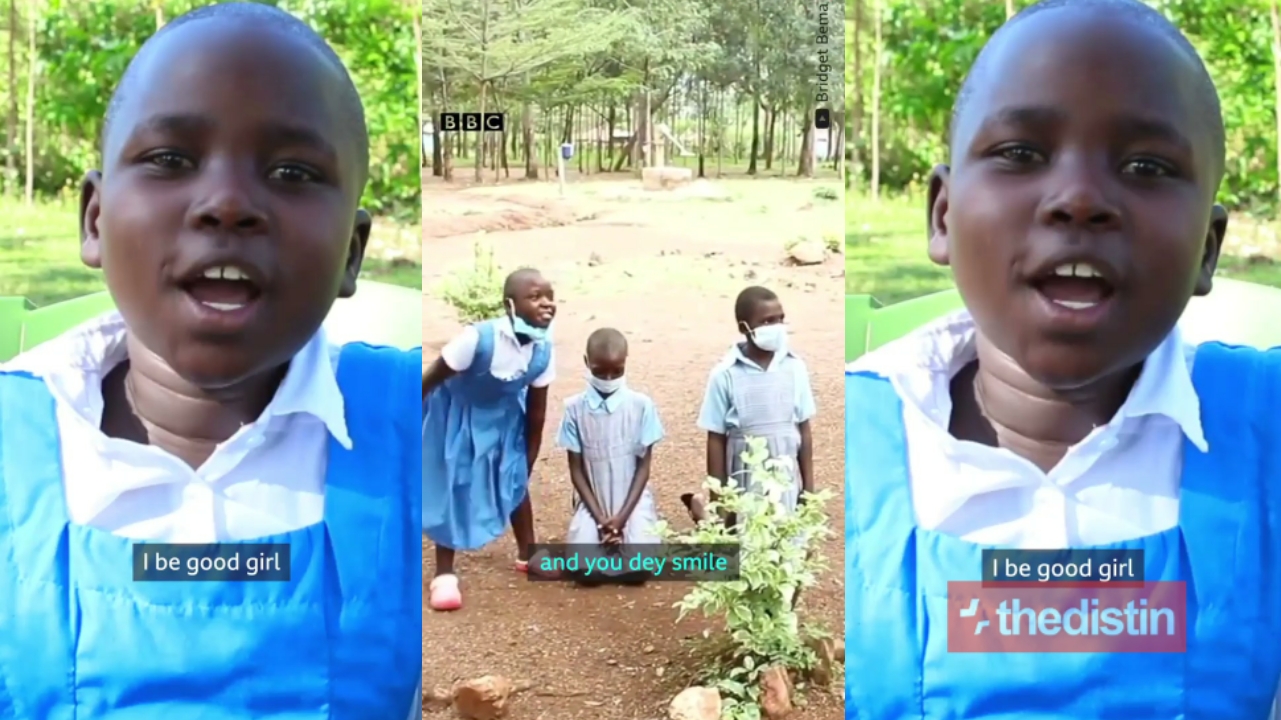 Bridget Bema, a 9 year old Kenyan girl who took social media by storm with her hilarious videos, gets featured on the BBC.

A few weeks ago, Bridget Bema was trending No.1 on twitter thanks to her hilarious videos.

In her videos, Bridget Bema was the stubborn girl who is always in trouble in school.

Speaking to the BBC, she said that she is a good girl, loves God and respects her teachers.

According to her, it is her dream to become a pilot so she can one fly to other countries.

Read Also: Ohemaa; Ex-Wife Of Osebo Says She’s Not Happy With Him Wearing Skirt Around Town, Because It’s Affecting Their Children Badly | Video

She showed her appreciation to Nigerian music producer Don Jazzy who shared her video on his platform.

Bridget Bema also urged her followers and viewers to respect and obey teachers.