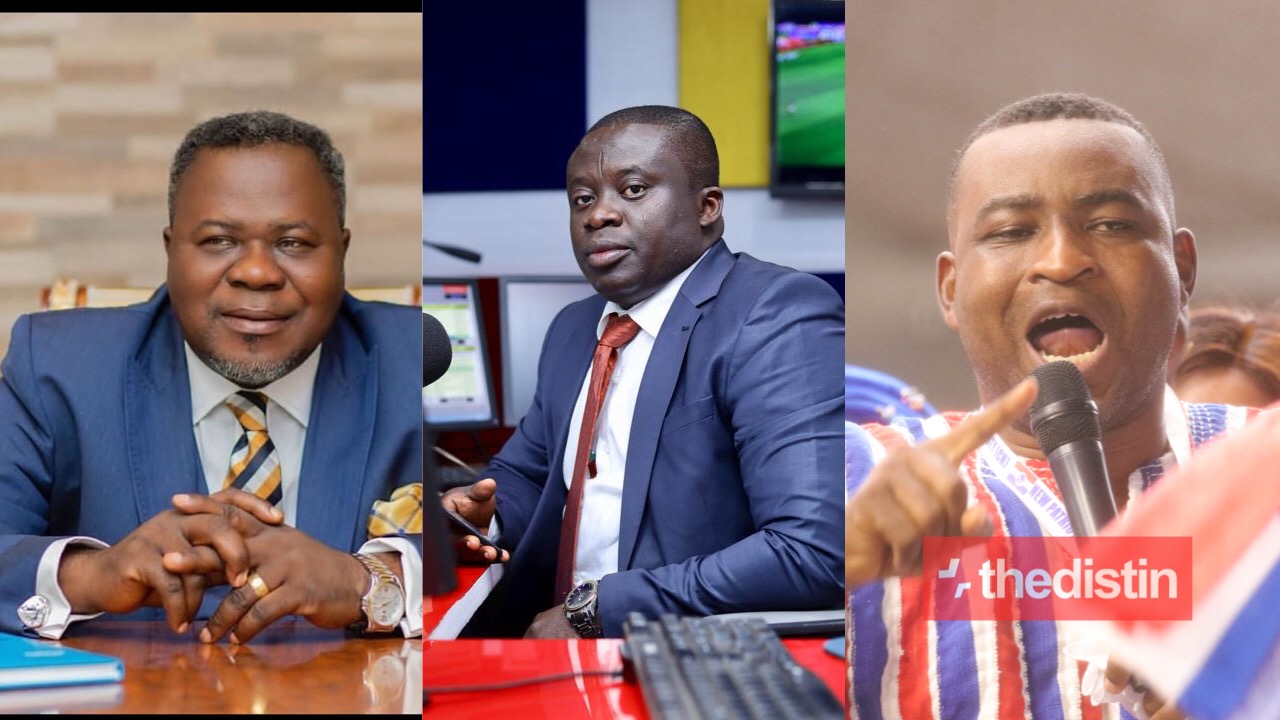 Alhaji Kwame Tanko, host of ‘In the morning‘ show at Angel FM 96.1 has revealed that Chairman Wontumi is on the run because he owes Dr. Kwaku Oteng a whooping 60 billion old cedis.

Angel Radio Morning Show host has disclosed that the incessant attacks on the President of Angel Group of Companies by the Ashanti Regional Chairman is because he does not want to settle his indebtedness to Dr. Kwaku Oteng.

According to him, while the COVID-19 was at its peak, the Ashanti Regional Chairman for the New Patriotic Party, Chairman Wontumi ordered for hand sanitizers to the tune of six million Ghana cedis to be distributed in the region.

He said Wontumi who brags about being the richest in the region, has refused to pay for the hand sanitizers which were produced on his orders and have since been dodging and doesn’t want to pay for the job done for him.

“Chairman Wontumi owes Kweku Oteng to the tune of six million Ghana cedis and because he’s chasing him for the money, he has decided to attack him. He has attacked him on several occasions. Go and pay Kweku Oteng the money you owe him and stop the attacks,” he called him out on Angel FM Kumasi.

In rebuttal, Chairman Wontumi has revealed that he doesn’t owe Kwaku Oteng and even he has worked for him on his mining business before.

Explaining his claim that Oteng has worked for him, Wontumi stated that when his mining business was collapsed by the NDC, he made Oteng to work on the site so they will share any profit that comes from it and added that he has documents of when he was handling over his job to him.

Wontuimi revealed that Oteng dashed him two cars to support the party and he penned down a thanksgiving letter. Also, Wontumi debunked rumors that he received another car aside the two and he was given.

Speaking on the hand sanitizers issue, Wontumi said Kwaku Oteng marries his niece and the two were settling the issue and around that time, Oteng gave him some of his hand sanitizers ahead of the 2020 elections during the campaign season to show it to the NPP gurus whether they will approve and work with them since they will get into a physical contact with people which can spread the noble Covid-19.

Listen to the audio as the two parties talk about their side of the saga: