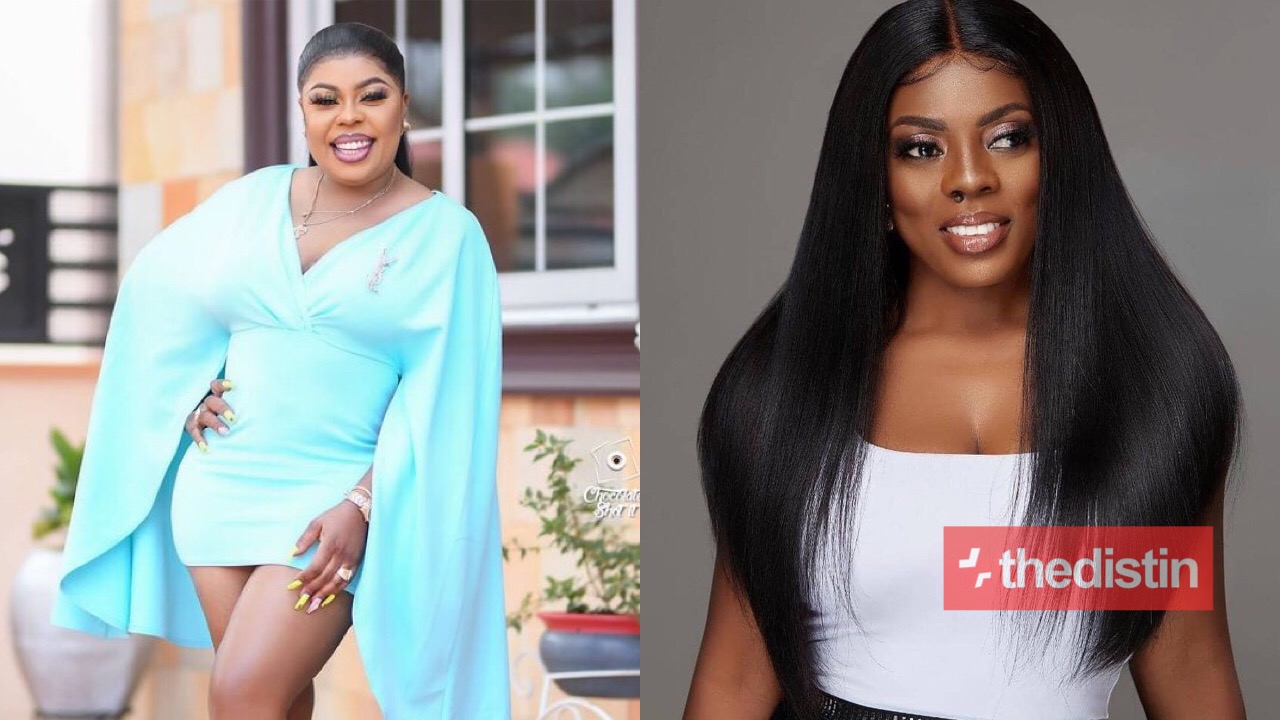 Kantanka‘s Mona Gucci has exposed Afia Schwarzenegger with an allegation that she was bribed by a tycoon who asked her to disgrace Nana Aba Anamoah with a WhatsApp chat as a proof.

The fight between Afia Schwarzenegger and Mona Gucci is still on!

Apparently, it’s gotten to a very controversial point where other individuals are getting dragged along.

In a Whatsapp chat leaked by Mona Gucci, Afia Schwarzenegger seems to agree to someone’s bidding to deal with Nana Aba Anamoah.

According to Mona Gucci, Afia Schwar does not have real job but she only gets paid to fight people and cause problem for them.

Mona Gucci posted the chat on Instagram and wrote;

“Believe nothing AFIA SHWARZNEGGAR says about someone…she gets paid to destroy n tarnish people’s image…..AFIA say fiiiiiiii n let me tell them the name of the big man who paid u to be insulting Nana Aba Anamoah for him….say Fiiii…..just bcuz am ignoring u doesn’t mean am scared of u…. go n post my pic one more time with a defaming caption n I will come a thousand times…..Nonsense….insulting n tarnishing people’s image is ur hallmark….God punish u…”

See the screenshot below;