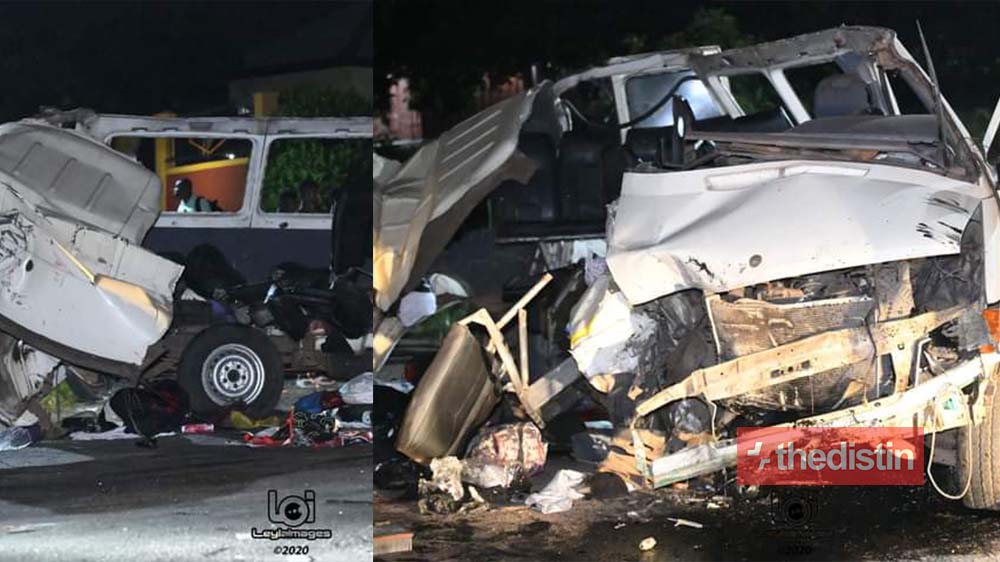 At least eight (8) other passengers said to be in critical condition were on admission at Akuse and St. Martins de Porres Hospital. However, 5 have been referred.

The accident according to Emmanuel Tetteh Leyla, a freelance Journalist in the area, occurred when a speeding Sprinter Bus with registration Number GN 8209-15 carrying 16 passengers rammed into a faulty stationary Tipper Truck with registration GN 2064-14 at the Kpong portion of the Akosombo to Tema motorway.

Personnel of the Ghana National Fire Service and Police rushed to the scene to extricate the victims to St. Martin de Porres Hospital, Agormanya.

Simon Kweku Tetteh, the Municipal Chief Executive (MCE) for Lower Manya Krobo who was at the scene described the accident as unfortunate.

The MCE promised to provide medical care to the victims whose families were yet to be known.

As of the end of August 2020, a total of 9,205 road crashes had been recorded in Ghana. These involved 15,459 vehicles, resulting in 1,585 deaths, according to Mrs. May Obiri-Yeboah, the Director-General, National Road Safety Authority (NRSA), said on Saturday.

It has been reported that the dead bodies have been deposited at the Akuse Government Hospital morgue for preservation awaiting autopsy and identification.

Below are some of the picture