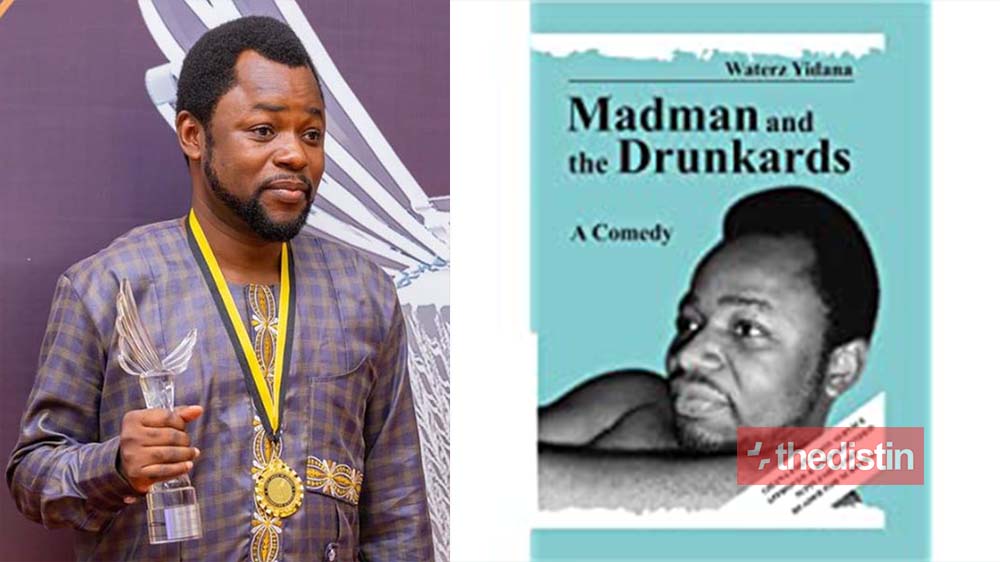 Read Also: Afia Schwar Replies Akuapem Poloo After She Blasted Her For Insulting Her Mother | Video

He became known in Ghana when he won the prestigious 40Under40 Awards in Authorship and Creative Writings in 2019, awarded by Xodus Communications.

He has been nominated for several awards in Ghana and he won some of them.

His first play “The Mango Seed” won the Efo Kodjo Mawugbe’s Prize in Drama in 2019, awarded by the Ghana Association of Writers (GAW).

His second play “Madman and the Drunkards” which has been adopted by the University of Ghana for postgraduate studies also won the Efo Kodjo Mawugbe’s Prize in Drama in 2017, awarded by the Ghana Association of Writers (GAW).

The book is in the libraries of ivy league universities abroad such as: Harvard, Oxford, Stanford, Princeton and many others.

The Ghana Education Service (GES) also approved and recommended it for Senior High Schools in Ghana.

In fact, “Madman and the Drunkards” is regarded as the next “Things Fall Apart” in Africa.

It is ‘highly likely’ to be on the next list of books the West African Examination Council (WAEC) would consider for Core Literature in English for Senior High Schools in West Africa.

The book has been positively reviewed by prominent writers and English Professors in both Ghana and abroad.

Many people have accepted that it is one of the greatest plays written by a Ghanaian.

The play has generated some good income for the multiple award-winning writer.