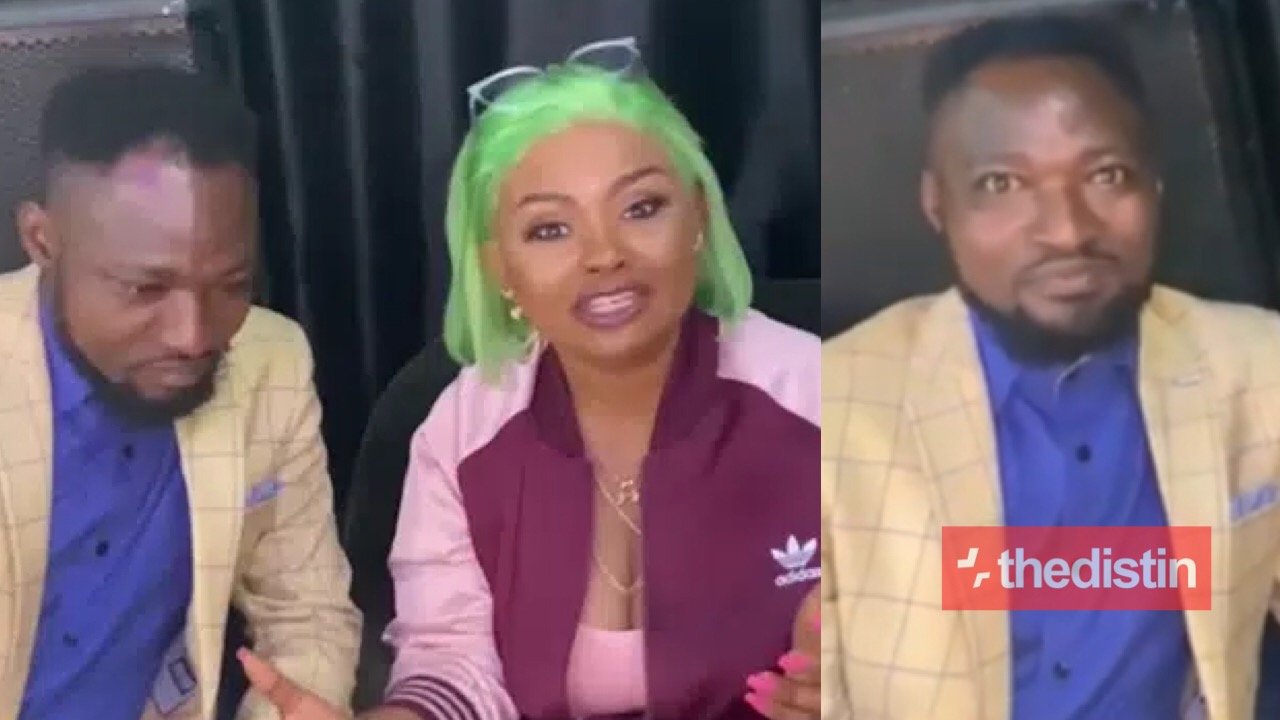 In 2020, one of the people who trended with marital issues on social media was comedian Funny Face.

A whole lot of things happened between himself, the mother of his three daughters, his mother and father in-laws and also betweeen his collegaues actors, actresses and other media personalities.

In 2021, Funny Face has turned a new leaf and says he would not involve himself in any kind of bad energy as he did in 2020.

Funny Face was present at the 2021 Utv Day with the stars event organised by the managements of Ghana’s first private local dialect television, Utv.

He was a new anchor and this year he presented news with Jackie Appiah, and Akrobeto, click here to watch some hilarious moments.

Behind the scene, Mcbrown, together with Abeiku Santana advised Funny Face.

Nana Ama Mcbrown stood on behalf of Funny Face to beg Ghanaian and all that Funny Face insulted out of anger.

Read Also: Ghanaian Lady Gets Bitten By Crocodile At Tourist Site After Trying To Take A Picture With The Crocodile | Video

Funny Face revealed that he will take the right steps by visiting the family of Ama Vanessa to render an apology to his parents, family members and herself.