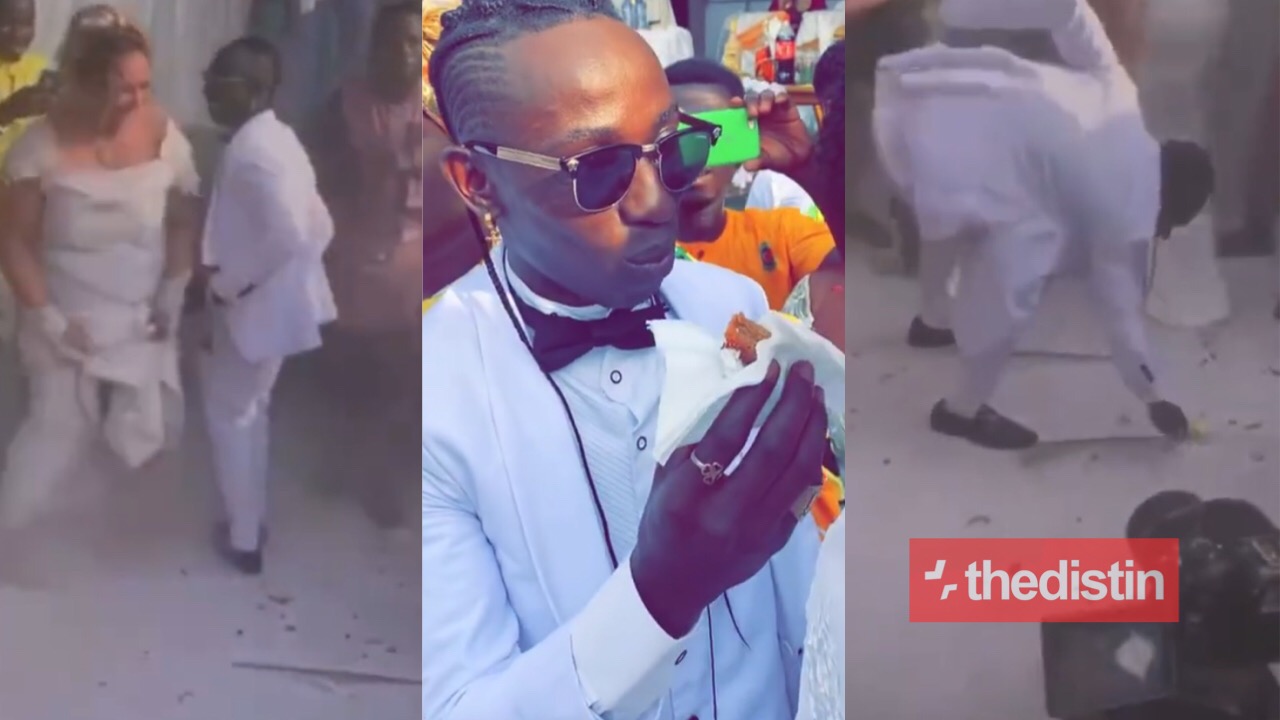 Justice Amoah known in the showbiz as Patapaa Amisty captured in a new video picking money thrown on him at his white wedding with his German wife, Liha Miller.

A new video from the white weeding of ‘One Corner’ hit maker, Patapaa and his white wife from German called Liha Miller has popped up.

Read Also: Audio: Four Bodyguards And A Driver Of Stonebwoy Arrested In Kumasi For Assaulting A ‘Poor’ Driver | Details

The video captures the singer unperturbedly picking money on the ground that was sprayed on him by one of the big guys who graced his wedding which took place at Cedi Lounge and Kitchen at Swedru Central Region.

In the video, Patapaa was with his wife and after sighting on the money on the floor quickly and stylishly picked them into his pocket and went back to his wife again.

Patapaa Amisty born Justice Amoah and his German girlfriend have held their wedding ceremony at Cedi Lounge and Kitchen at Swedru Central Region.

Pictures from their traditional wedding have popped up online that shows how colorful their marriage ceremony is and how good the new husband and wife were looking, click here to see more pictures.

First videos that popped from their marriage captured Patapaa and Liha Miller beaming with smiles at each other while seated in the midst of families and friends who attended his wedding, click here to watch the first videos from Patapaa’s wedding ceremony.

akosua__dentaa wrote “He for look sharp 😂no dulling”

rrich_kevo_onyx wrote “This one shock me bad 😂😂”