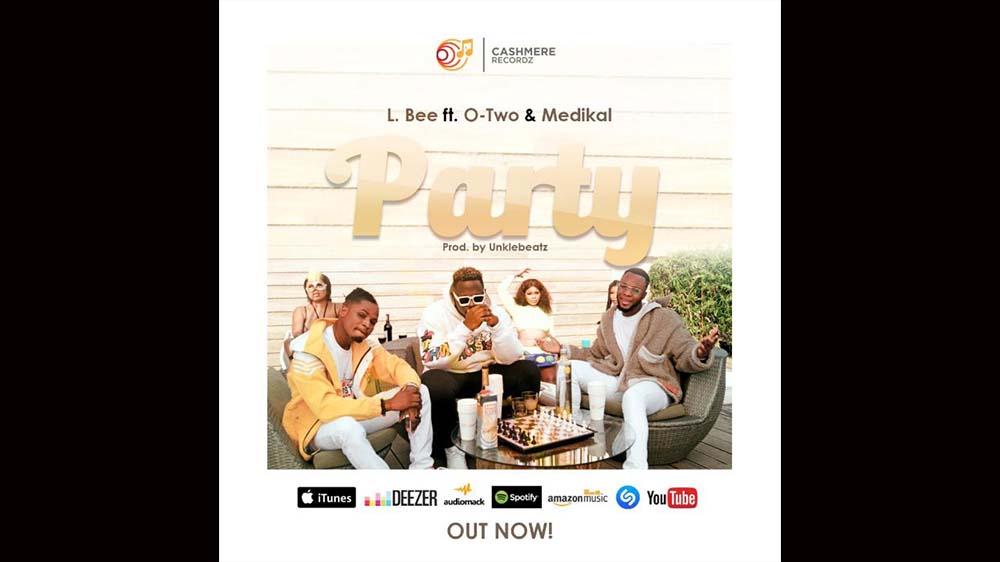 Fast-rising Cashmere Records star L.Bee has dropped a certified banger for the New Year featuring none other than AMG Medikal

L.Bee, Medikal and O-Two bring their great musical talents to bear on the soothing and banging track known as ‘Party’.

L.Bee is a multiple award-winning artist, who won four awards in the same year, 2020.