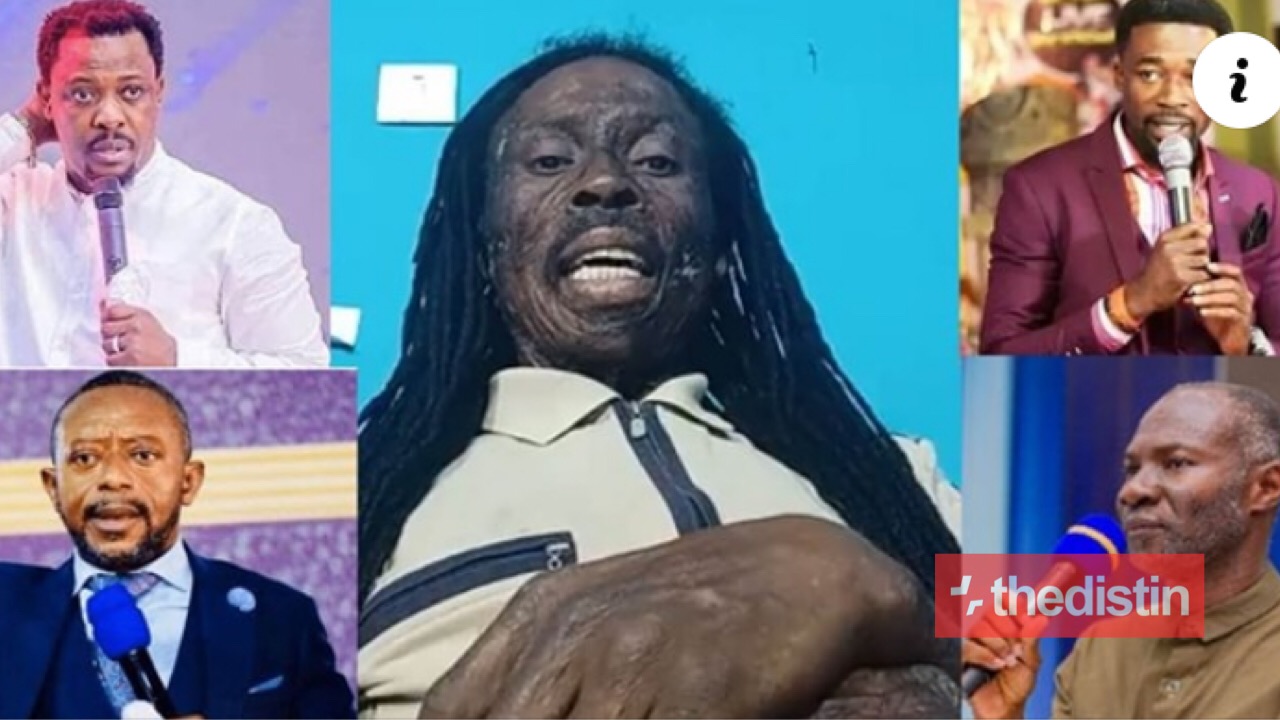 Nana Kwaku Bonsam’s prophesies followed shortly after the likes of Nigel Gaisie, Owusu Bempah, Badu Kobi, Salifu Amoako, and other men of God revealed their 2021 prophesies at 31st watch night services in their individual churches, click here to watch video of all prophesies from Gh pastors on 31st watchnight.

Before disclosing his revelations, Nana Kwaku Bonsam started blasting some men of God especially those who some months ago said he will pass away.

According to him, they are all fake pastors.

Nana Kwaku Bonsam revealed that one popular man of God will die in 2021 but he refused to mention the name of the particular pastor.

Exposing the doom pastors, Nana Kwaku Bonsam said Ghana is a peaceful county which is dominated by Christians and Muslims and they all believe in heaven and as as true religious being, one must die before going to heaven, hence, the doom prophets are just telling what they think and not a God sent message to His people because people die everyday.

However, Nana Kwaku Bonsam advised that Ghanaians should take their lives very serious. He also sent a message to the Ghana Peace Counsel to try and control the ongoing petition in the Supreme Court between NPP and NDC.

Below are the prophesies from Kwaku Bonsam: