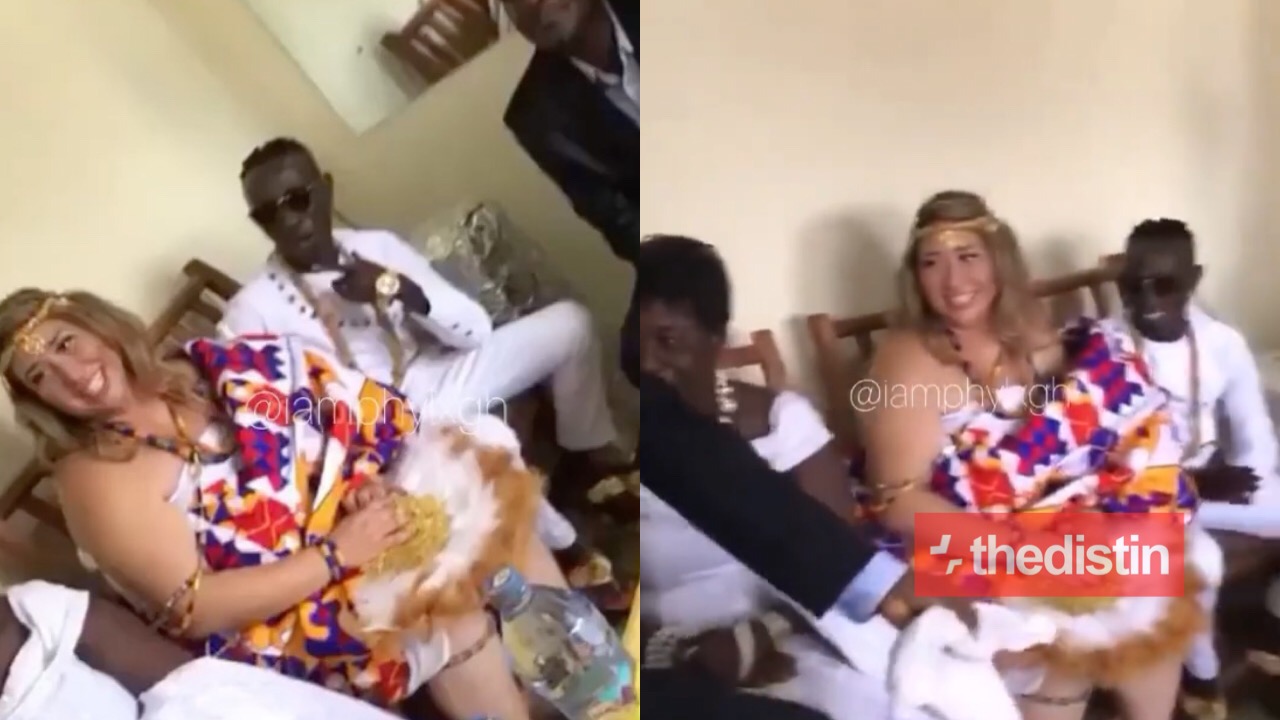 ‘One Corner’ hit maker has proved he is man as he is marrying his girlfriend from German in a ceremony ongoing at Cedi Lounge and Kitchen at Swedru.

In the first videos that has popped up, the two loves were seated among their families, friends and loved ones.

Liha Miller was cladded in a royal African outfit rocking her authentic Kente while her husband Patapaa was seen in an all-white outfit.