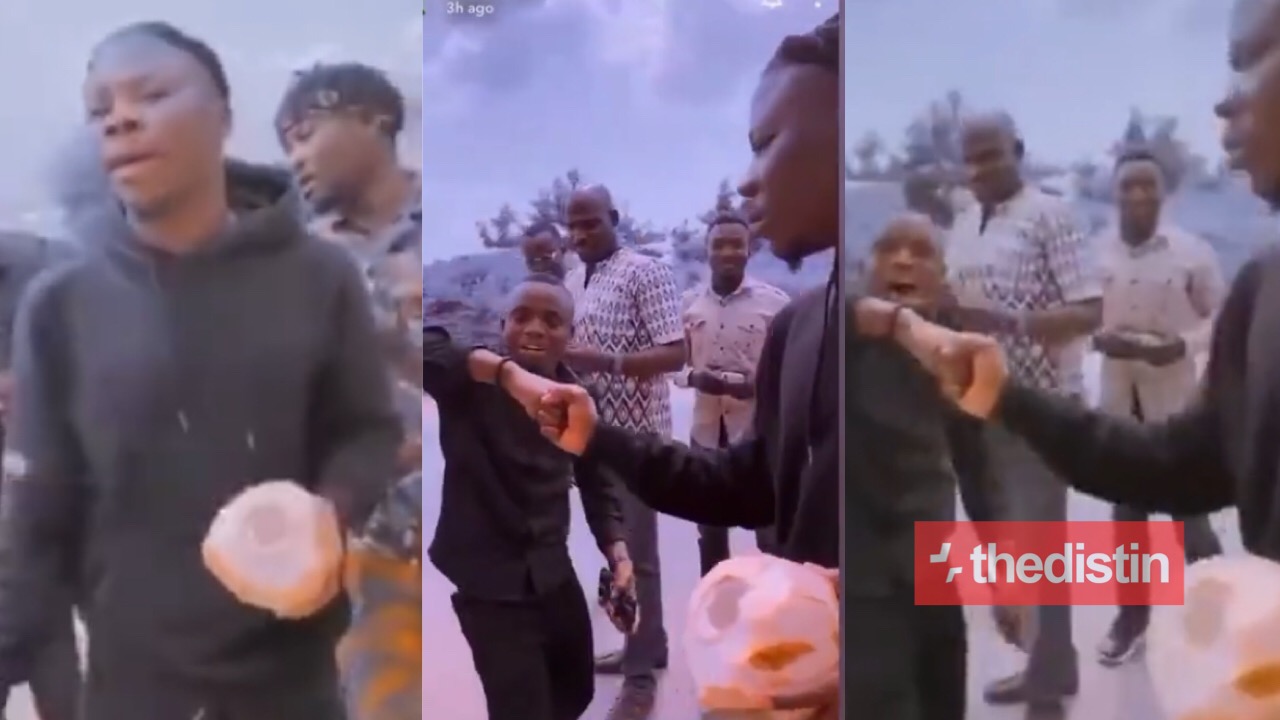 A video of award winning Dancehall and Reggae artist, Stonebwoy asking a Bhimnative to stop calling his name gets netizens on the internet talking.

In the video, Stonebwoy and his crew were cooling off with coconut in an undisclosed location and with how famous he is, a fan was screaming his name for seeing him one on one.

Read Also: Ghanaian Lady Gets Bitten By Crocodile At Tourist Site After Trying To Take A Picture With The Crocodile | Video

It happened that according to Stonebwoy the fan was over screaming his name and he asked him to stop giving him fans.

Actually Stonebwoy was really disgracing or doing the guy ‘Yawa’ but well he was over doing it and the singer to was enjoying his coconut.