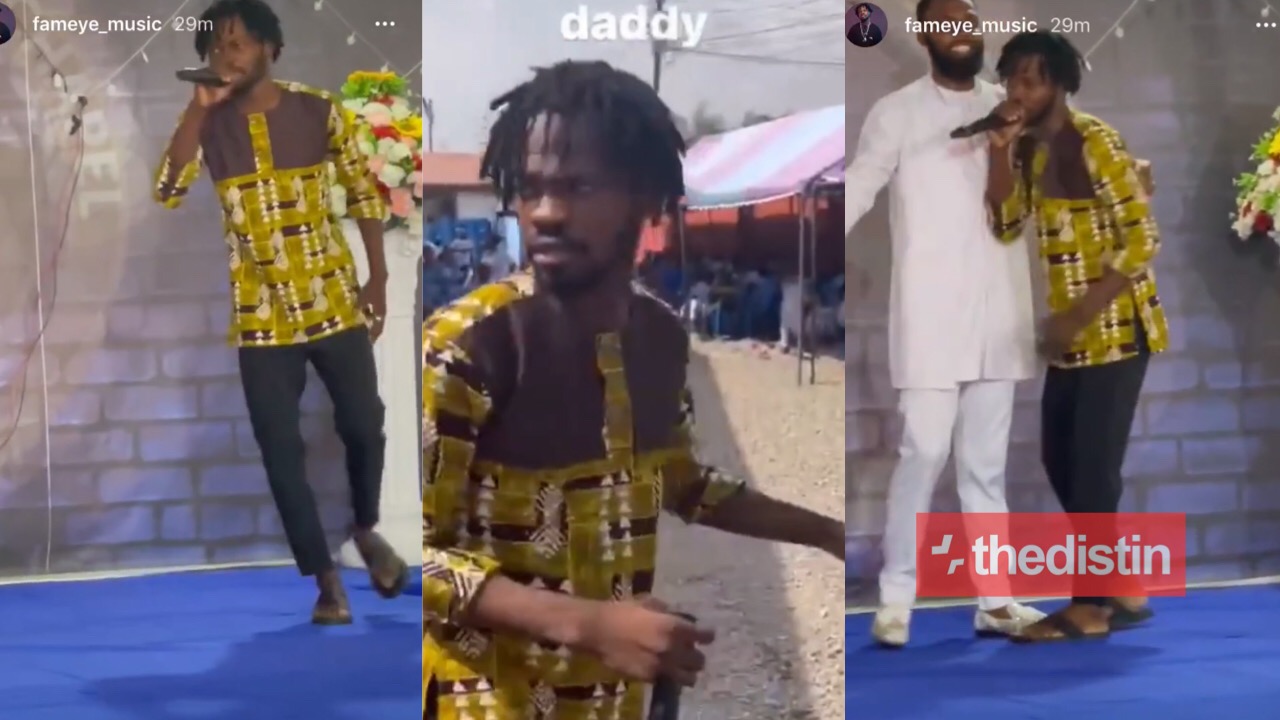 Singer Fameye pulls a big surprise on Rev Obofour in his church on the first Sunday of the year with a sterling performance.

Fameye and his team in a new video has been spotted at the church of Rev Obofour called Anointed Palace Chapel (APC).

The video which was shared by the singer on his Instagram stories and has now circulated across some blog pages on Instagram captured him in his casual outfit paying a visit to the popular man of God.

Fameye arrived at the church room performing his ‘long Life’ song he featured rapper Kwesi Arthur on it.

The congregation went gaga after they sighted on the singer.