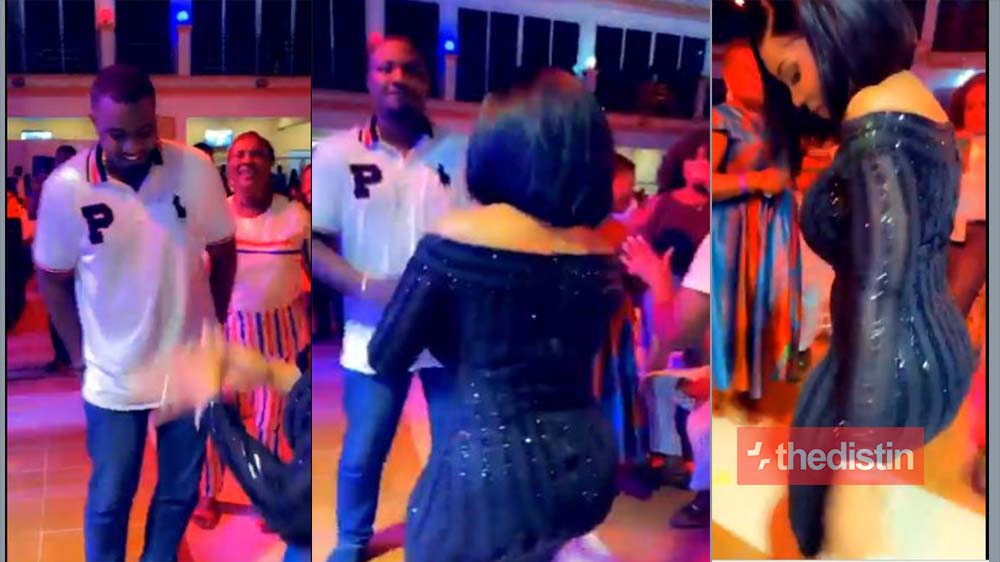 Although it was obvious Serwaa Amihere was a little bit shy while dancing, Dumelo on the other hand was simply enjoying himself with some old highlife moves to match the song.

The two faced each other and danced how they knew best will less effort.

The programmed was held at Bayview Village around Atomic (Madina), Stonebwoy was also there to bless the stage with his energetic performance.