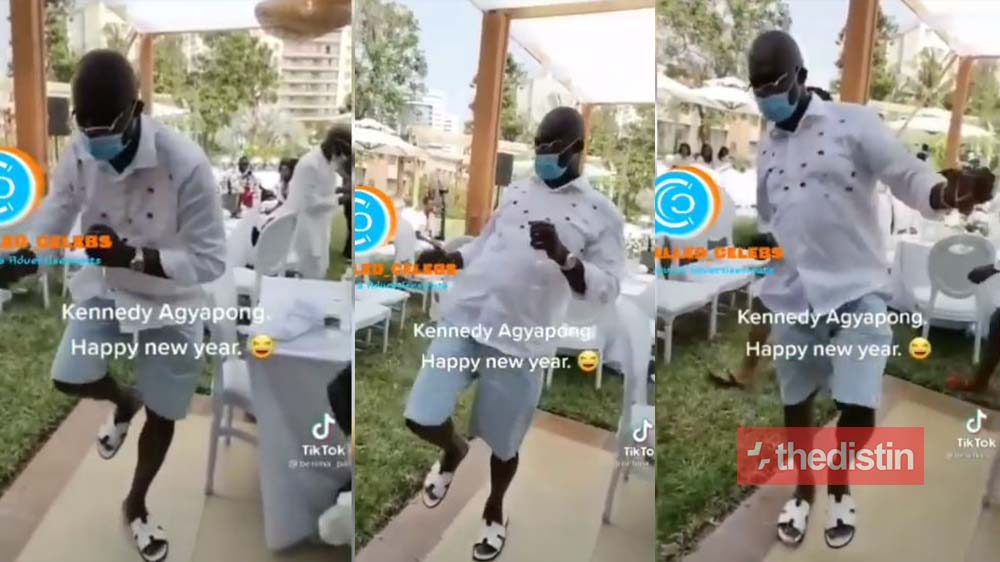 The lawmaker was seen in a new video by sighted on social media by thedistin.com, serving us his new Chinese dance.

In the video, you can clearly see the honorable is in a very happy mood because these dance moves are crazy and hilarious.

Read Also: “This’s The 1st Time In The 43 Years Of Our Career” – Yaw Sarpong Says After Gloria Sarfo Presented Special Gifts To Him, She Nearly Cried | Videos

You can also hear a group of people in the background heavily laughing at him the best way they can while they cheer him up.