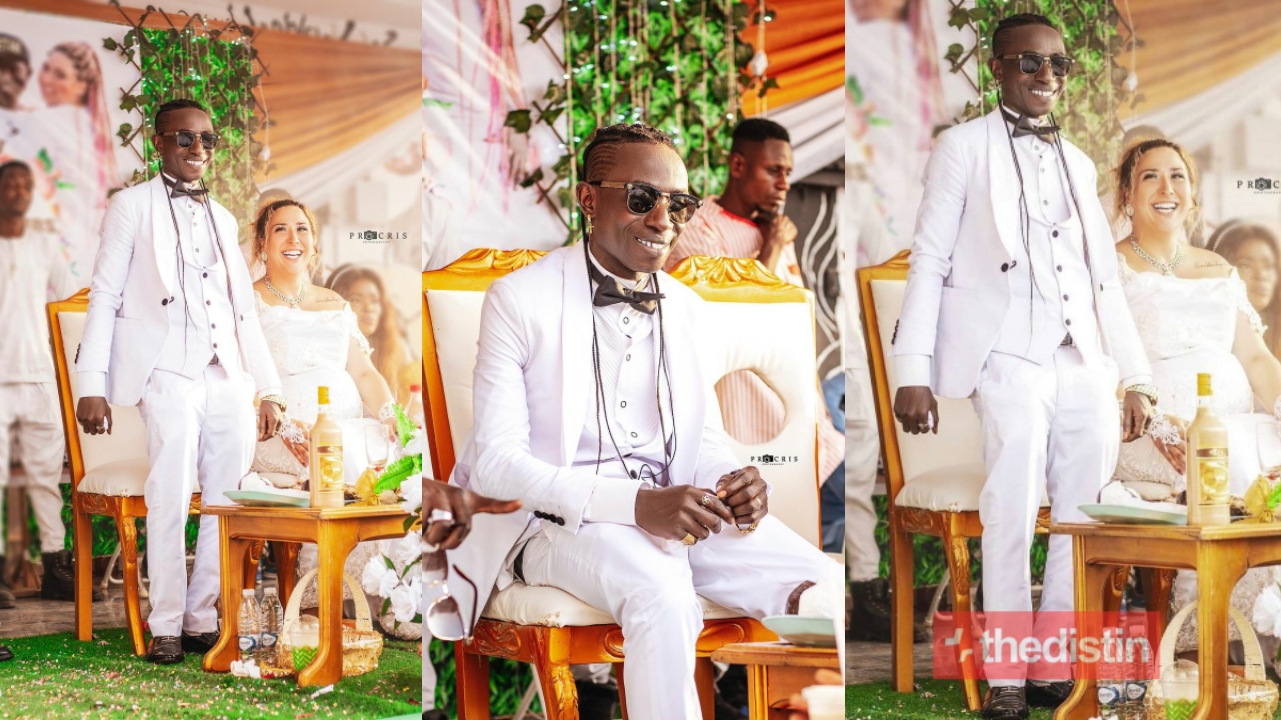 Swedru based Ghanaian artist Patapaa has revealed in an interview why he decided to marry a white lady.

Patapaa yesterday in a beautiful traditional and white wedding got married to his German Girlfriend Liha Miller.

The wedding took place at Swedru where family and friends were present.

After the wedding, a media reporters quizzed the “One Corner” hit maker why he got married to a white lady.

Read Also: “This’s The 1st Time In The 43 Years Of Our Career” – Yaw Sarpong Says After Gloria Sarfo Presented Special Gifts To Him, She Nearly Cried | Videos

“There are a lot of black girls in Ghana with big breasts and Buttocks but you left them to marry a white lady, Why is that..?”

Patapaa responded in a shocking manner saying that every vagina is a vagina so there’s no difference.