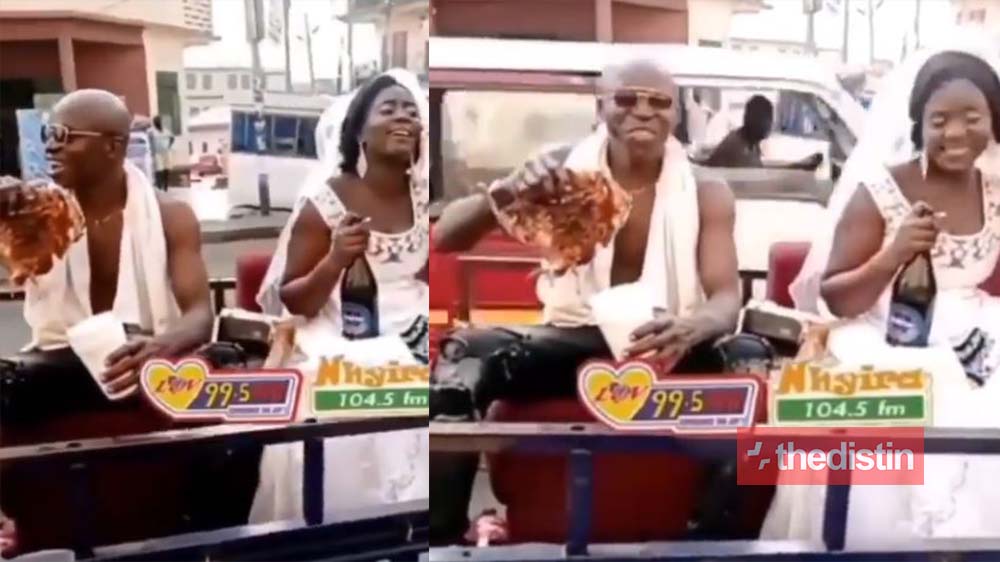 In a new video sighted by thedistin.com, a young man in his normal jeans trouser and a singlet was seen with a beautiful lady in a tricycle enjoying the best way they can.

According to them, they just got married and are on their way to enjoy their honey moon.

The man was seen chewing some meat with a drink in his disposal cup while the lady was also seen with a bottle of champaign looking tipsy.

A few guys who saw them decided to stop them to ask what was going on concluded that, the wedding is not a proper wedding based on how awkward the moment was.