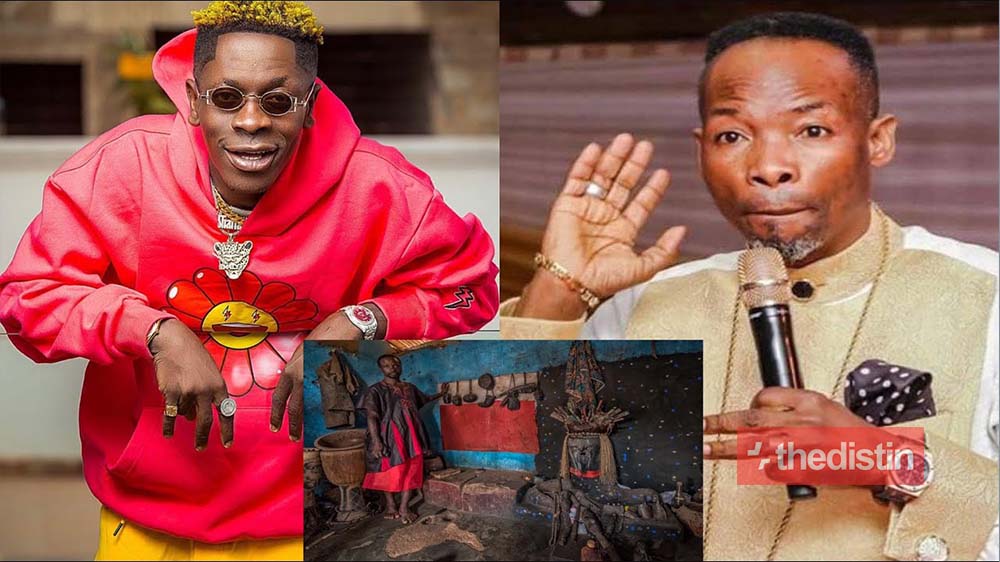 Read Also: I Can’t Kill Fameye – Ogidi Brown Explains Why He Dragged Fameye To Antoa And What Happened | Video

According to him, there are 5 musicians who have decided to destroy Shatta Wale so they’ve spiritually taken him to Benin to finish him.

The man of God also added that, God will protect him because He started doing that when he was 12years old.

Read Also: See How These Newly Wedded Couple Are Chilling After Their White Wedding In A Tricycle (Video)

He further said, Shatta Wale will make more money than any other artist in Ghana this year 2021.

In other news, Bishop Salifu while prophesying during his 31st watch night church service said God took him to the Bank of Ghana and Finance ministry buildings where he saw obituary posters of the Finance Minister boldly fixed on both walls.

The Lord took me to the Bank of Ghana and whiles I was looking at the building, something happened. I saw a picture of the building. I also went to the Ministry of Finance and I saw the same picture there. The Lord said what can you see? And I said I saw a picture of the man in charge of the finances of Ghana. Hear me. The Lord said we should pray for Mr. Ofori-Atta. If we don’t pray for him, from January up until March, this man will die

He said on 31st Night

The prophet added that four evil men who belong to an occult group are planning to eliminate the Finance Minister between January and March.

I am standing in this church but I’m in his house. I see four men. These four men are into occults and freemasonry. These men are digging his grave. If we don’t pray for him, this year will be a bad year for him. Between January and March there will be witchcraft attack on his health in a quest to eliminate him

He also urge Ghanaians to pray for him else he will die between January-March.