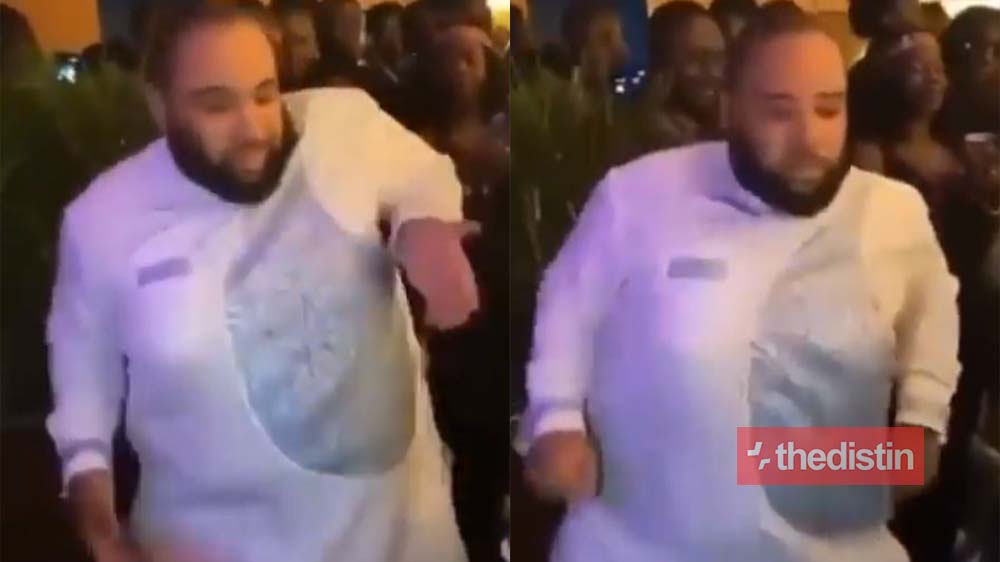 In a new video sighted by thedistin.com, Dee Wills jumped onto Guru’s popular song Lapaz Toyota and we can say he really did justice to the song.

While he dancing some of the party-goers could not help but cheer him on and also took to their phones to capture the moment.

Dee Wills clothed in a beautiful Kaftan as he stepped into Bloombar to probably spend some time with his friends and take his mind off worries.