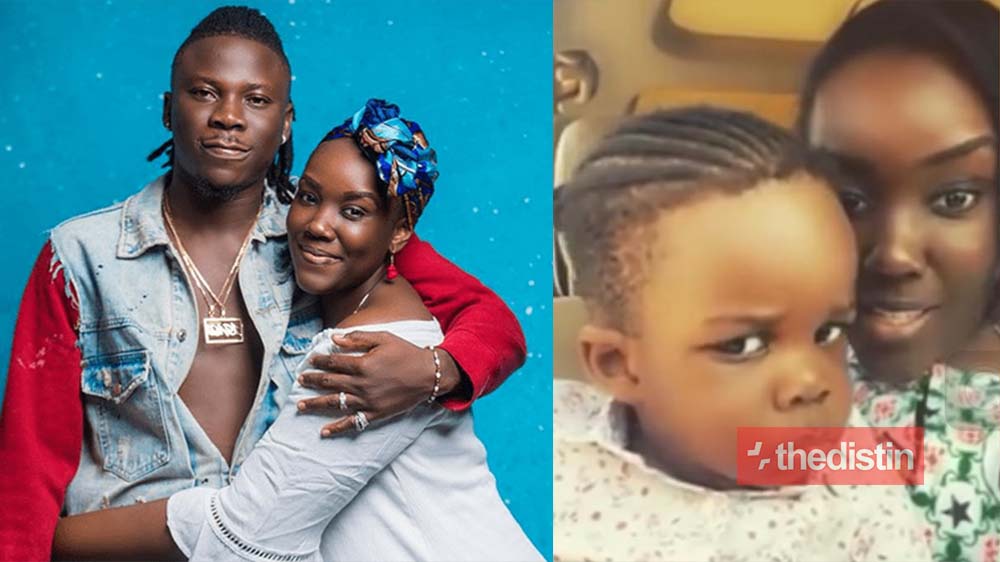 A young blogger identified as Gideon Ofori has been invited by the police for making a publication that Raggae Dancehall artiste Stonebwoy and his wife Dr. Louisa’s son is for his former manager Blakk Cedi

The blogger Gideon Ofori has landed in police trouble after publishing what has ended up as false information about Stonebwoy and his wife Mrs. Louisa Satekla.

Gideon in a Facebook post had made a post that Stonebwoy’s son, Janam, was for Blakk Cedi which got the artiste furious and as a result decided to report him to the authorities.

The post got circulated on many social media platforms and blogs after it was first published online. But Ofori has come out to retract his claims and apologize to Stonebwoy and his wife after being invited by the police.

According to him, he was invited by the police to assist in investigations over the false information he circulated online.

Read Also: I Have Lost A Lot Of Friends Because Of Patapaa – Liha Miller Speaks About Her Relationship With Patapaa (Video)

Fact is, Dr. Louisa and Stonebwoy clearly wanted to teach this young man a lesson which actually worked because Gideon took to his Facebook page to render an unqualified apology to Stonebwoy for what he published.

On 27th December 2020, I made a publication on my timeline promulgating a false rumor that Dr. Louisa’s son Is for Black Cidi instead of Stonebwoy. This rather distasteful false rumor has been widely circulated. And the consequences have been invited by the police to assist in investigations.

I want to take this medium to send an apology to Dr. Louisa, the husband (Stonebwoy), the family, and the fan base for subjecting them to public ridicule and pain due to my amateurish type of blogging. “Also, I am calling on Those Called Celebs and other bloggers and social media users who had screenshot my post and have publicized it on their platforms to pull it down. To my colleague bloggers, it’s about time we get serious with what we do and also take the ethics of our job seriously in order not to infringe people’s rights. I have learned my lessons