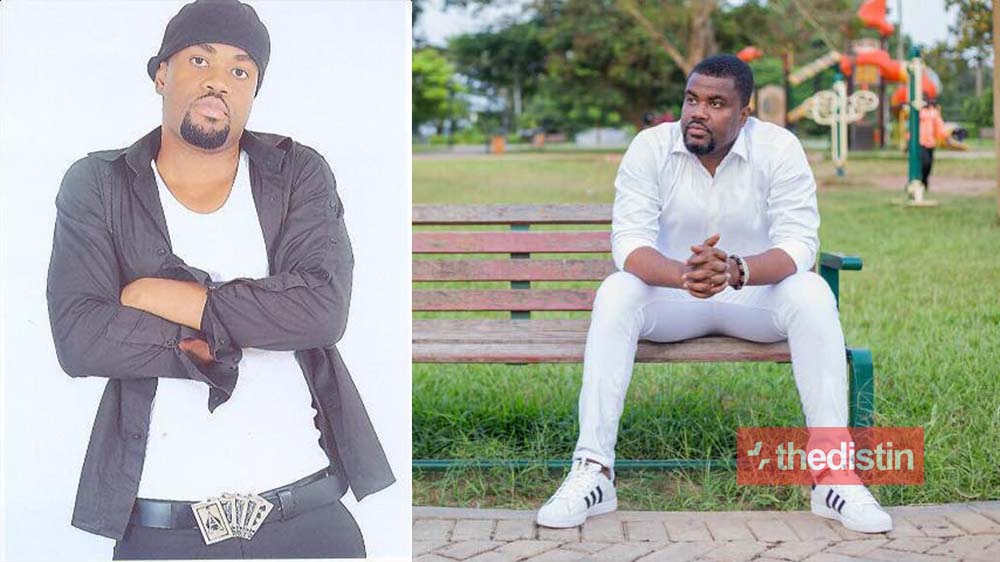 Ghanaian Highlife singer, Morris Baby Face, who is now known as Morris De Voice when he switched to singing gospel, has made a stunning confession about the lifestyle he lived before.

The singer who later combined both secular and gospel music and backed a lot of artists has said that he was formerly sleeping with about three to four girls in a day and over 200 women before repenting.

This was the time that he was making strides in the industry and made a name for himself.

According to him, he became so obsessed with his habit that it never occurred to him to stop.

He explained that once you make an appearance in the industry, temptations abound, and if one does not take care, he will be swimming deep in sin without knowing.

Fortunately, Morris says he was very conscious of what was going on but he could not bring himself to stop enjoying the many women he was sleeping with.

Touching on the many artists he worked with, Morris mentioned the late Sonnie Achiba, Okyeam Kwame, and of course, Esther Smith, on whose songs he was featured almost all of the time. Morris’ partnership with Esther Smith produced amazing tracks like “Odiyasem”, “Maye Nhyira”, Nyame Aguama Jesus”, “Kura wu Gidie”, “Ahumobro”, “Wuye Kesi” just to mention a few.

The born again Musician and one-time VGMA Best Music Producer, Morris Baby Face now known as Morris D’Voice surprised listeners of Kumasi based Hello 101.5 FM, when he confessed to having bedding “fine ladies “all over the country.

Morris D’Voice who was once a kingpin in Ghana’s secular music said he regrets living a worthless life before accepting Christ as his personal savior.

Morris’s sudden confession raised questions as to whether indeed, popular award-winning gospel musician, Esther Smith was also one of his numerous “Sex-mates” but he debunked the rumors saying

I never did anything with Esther Smith or dated her as people are saying. She was older than me and I respect her very well. We lived in the same area (Estate in Kumasi) so we see each other often

I think people started speculating that I had something doing with Esther because everybody knew me to be bad so seeing both of us, they might think she (Esther Smith) was one of my numerous girlfriends but let me say it here that Esther and I did nothing apart from being friends and music

Speaking to HELLO FM’s Dave Hammah, Morris D’Voice opined that despite his iniquities, he is thankful to have accepted Christ at a time he nearly lost his life.

I prayed to God to let me see signs and wonders to prove that he really sent me to the pastor and what he said was true. In my dream on that very day, I saw Jesus. Surprisingly, my friend who took me to the pastor also came to tell me the same thing

It wasn’t easy leaving my old life because after fasting from six to six, a lady will call me all in the name of sex. My soul will reject but the body will call for it. I woke up one day and couldn’t work, paralyzed for some time before I came to my normal life. I would have been dead if not for God