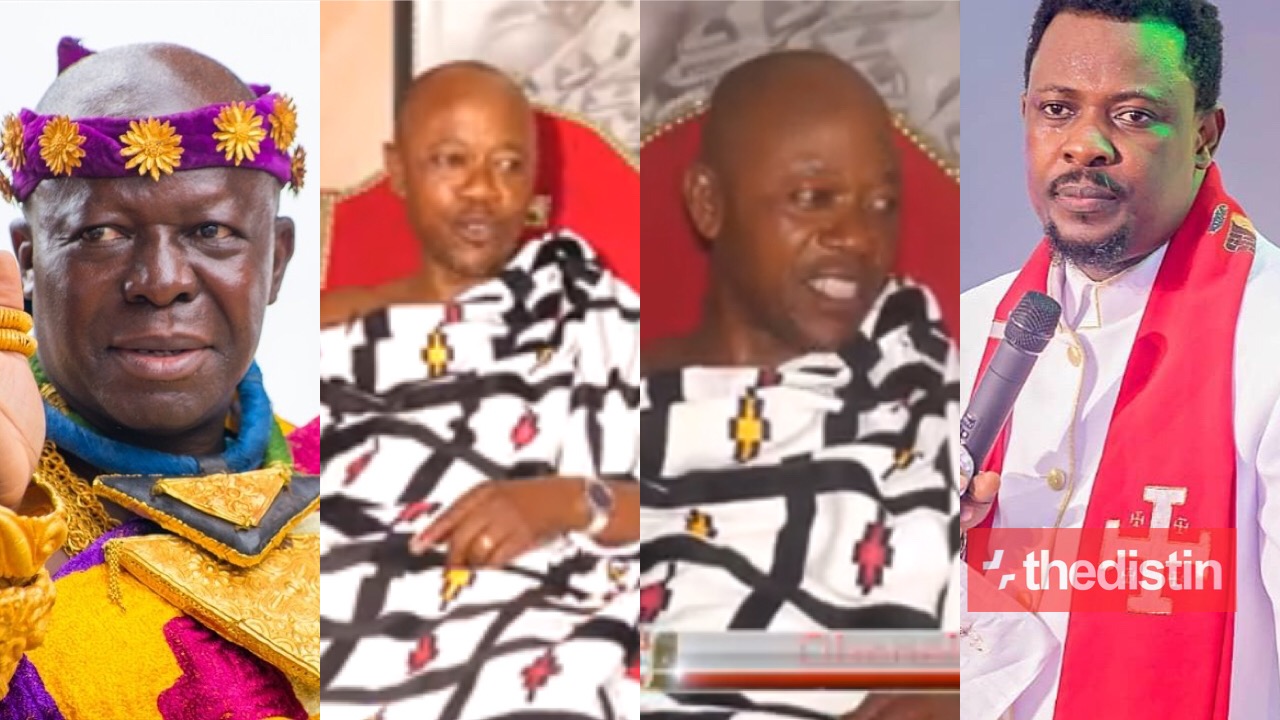 Prophet Nigel Gaisie revealed prophesies during his watchnight service to crossover to 2021 in his church with some concerning the Ashanti Kingdom, Grace Omaboe, also known as Maame Dokono, Yaw Sarpong, death of a popular female artist, John Mahama winning the Supreme Court petition and many more, click here to watch the full video.

Reacting to this news, Nana Tepa Manhene in an interview with Oheneba Media monitored by Thedistin.com has revealed that he has heard of the prophesy because his loved ones outside Ghana and within the country have sent the video to him.

Read Also: Owusu Bempah Thinks He Is God, He Should Be Called To Order, – Nigel Gaisie Says And Threatens To Beat Owusu Bempah’s Boys | Video

Nana Tepa Manhene again stated that he received the news in happiness and he is not by any means moved by the prophesy because Nigel Gaisie did not specify that he will pass away but it could be that he has seen a big development in Tepa in his prophesy and has had the revelation from God.

Since Nigel Gaisie has been controversial in predicting doom prophesies, Nana Adusei Atwenewaa Ampem I said he does not know the man of God but he will take his prophesy seriously even though he has other men of God who pray for him so the outcome of the prophesy will come out as positive.

Nana Adusei Atwenewaa Ampem I therefore advised that Ghanaians should not joke with prophesies and should desist from tagging men of God as fake.

Read Also: Owusu Bempah And Nigel Gaisie Clash On Live Radio As They Battle Who Truly A Man Of God Is Ahead Of 2020 Elections | Video