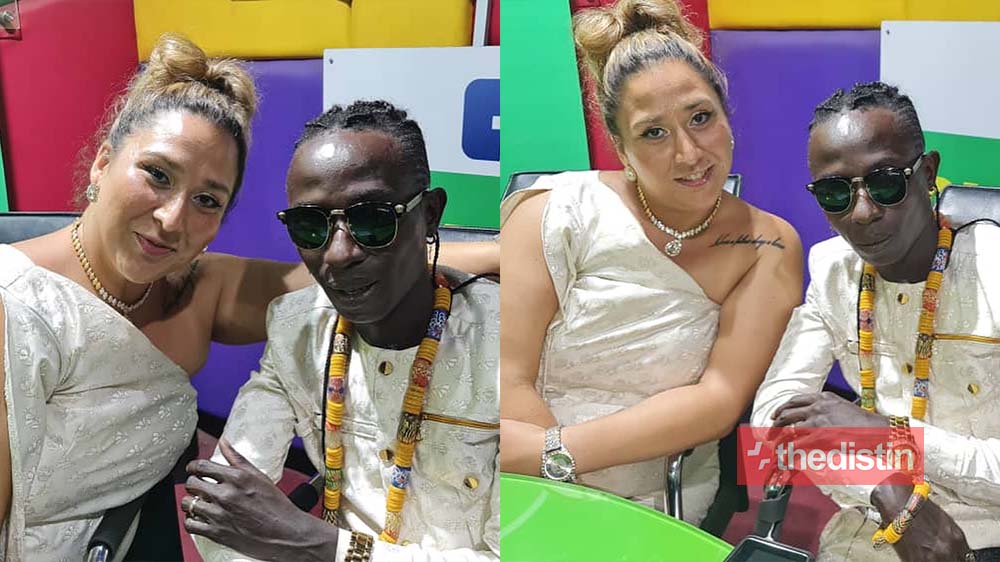 Patapaa and his German-born wife, Liha Miller are expecting their first child as the singer has confirmed she is pregnant in their interview with Abeiku Santana.

In one of their post-wedding interviews on Okay FM’s drivetime show hosted by Abeiku Santana yesterday, the musician and his wife unconsciously dropped that bomb in a very subtle way.

Patapaa suggested that his wife was pregnant already when Abeiku Santana said that some people who failed to give him sponsorship will do that when he is having his outdooring,

In his reply to this statement, Patapaa dropped the line: “Ei you like leaking information ooo. Or have you seen something in the stomach?

His wife, Liha who seemed not to like the idea that Patapaa was giving this info out to the world, questioned if he was giving breaking news about ‘her pregnancy’ to the world.

But in other to calm her nerves, Abeiku Santana said that there was not the case because he prevented Patapaa from saying it — when the opposite was actually true.