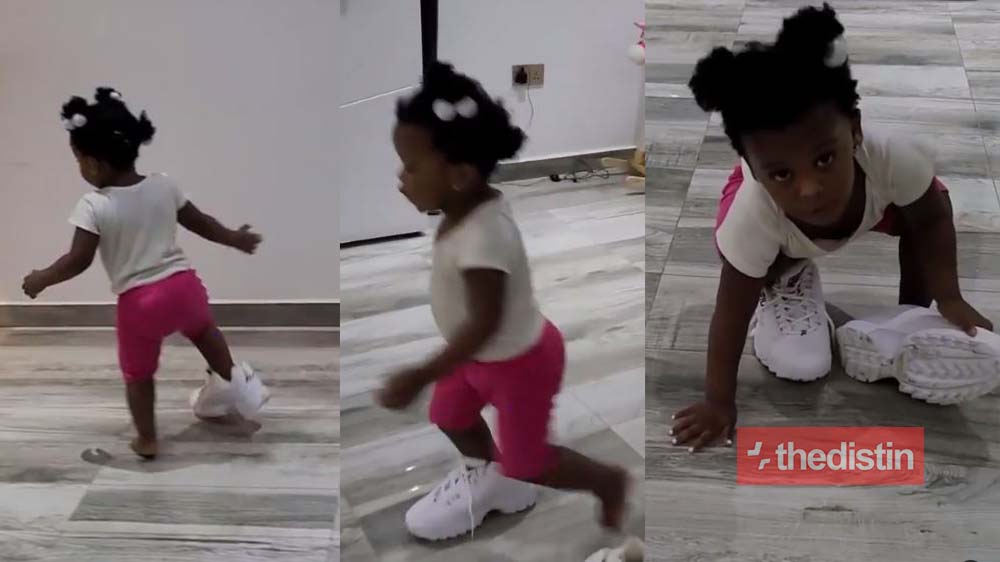 In a new video monitored by Thedistin.com, troublesome baby Maxin is seen trying everything she can to wear her mother’s big shoes

The actress decided to capture the moment and shared it on her Instagram page for her followers to see what she has been doing in the house.

Nana Ama Mcbrown in her caption indicated that she needs a nanny because Maxin is growing stronger than her.