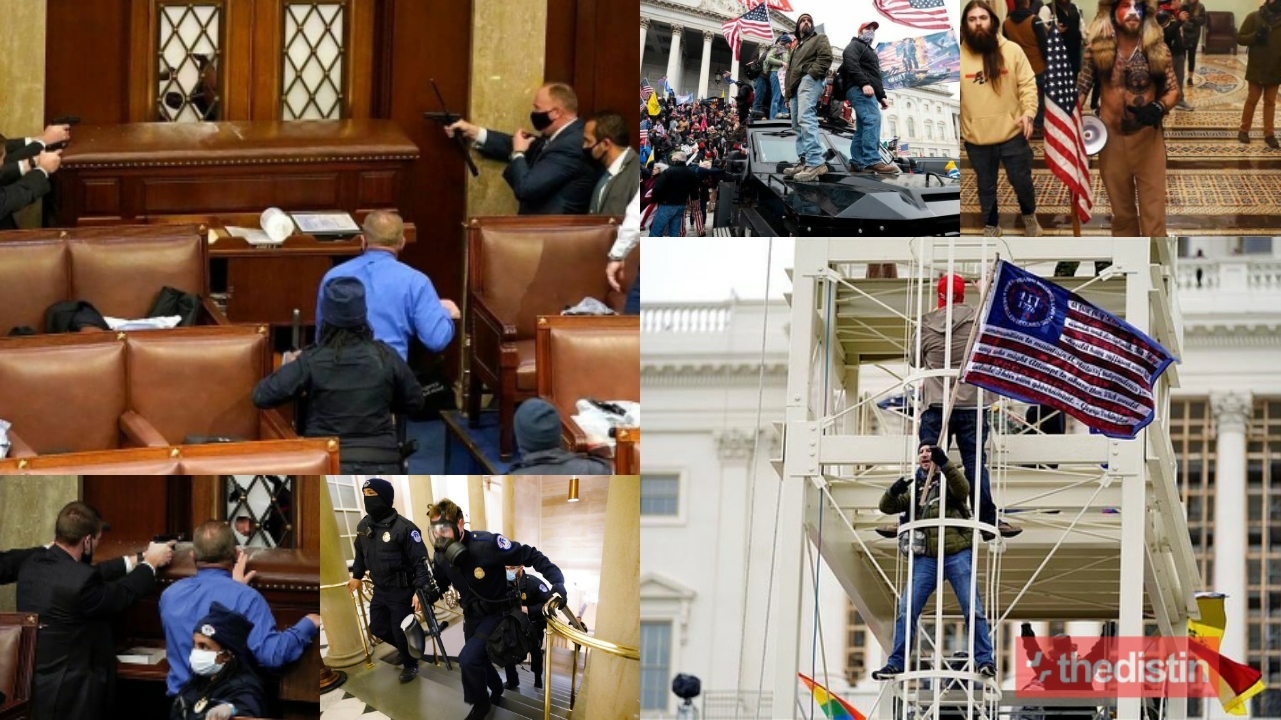 The U.S. Capitol building has been locked down with politicians told to remain inside and stay away from windows and doors as Trump supporters clash with police outside.

Donald Trump has urged protesters to ‘stay peaceful’ after demonstrators stormed the building to protest against the November US election result.

The ongoing special House and Senate sessions have been recessed amid the escalating clashes between protesters and police.

Lawmakers had gathered to confirm the election of Democratic President-elect Joe Biden – an outcome rejected by protesters.