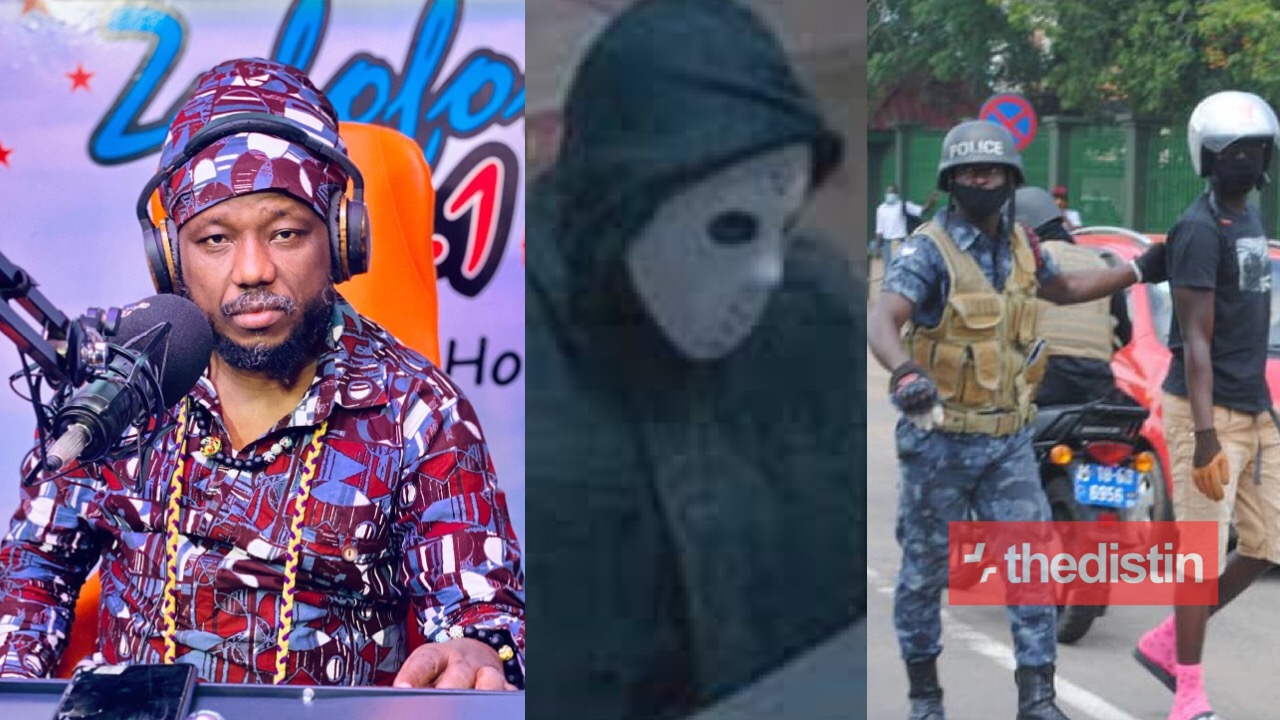 A masked man who broke into the premises of Zylofon Media to allegedly attempt to kill radio presenter, Blakk Rasta and was shot has ran away from the police custody, Blakk Rasta reveals in an interview on Akoma FM.

An assailant forced his way into the premises of Zylofon FM with the aim to murder Ghanaian radio presenter and musician, Blakk Rasta on Tuesday, 5 January.

The assailant broke into the building of the radio station owned by Nana Appiah Mensah with a knife.

Zylofon Media quickly released a statement stating that the masked man who broke into the premises of media company to allegedly attempt to kill radio presenter, Blakk Rasta, was shot by the company’s head of security.

The statement said the man who did well to conceal his identity, breached protocols by spraying pepper spray into the eyes of the security men during a scuffle.

This man first went to the station’s server room, succeeding in disconnecting some of our cables, therefore, shutting down transmission before threatening the life of the host of Taxi Driver show, Blakk Rasta, known in private life as Abubakar Ahmed, t

Explaining the circumstances of the shooting, the statement said the head of security shot at him with a licensed gun after he tried to escape prior to the intervention of the East Legon Police.

Judging the danger at hand, our head of security had to overpower him and in the process shot at him with a licensed gun.

Read the full statement below:

Blakk Rasta in an interview with Tony of Akoma 87.9 FM, Kumasi, Ghana detailed that the man who wanted to attack him has escaped from the police custody.

Explaining how he managed to escape, Blakk Rasta revealed that after he was shot by the head of security at Zylofon Media, he did not die and was rushed to the hospital.

While at the hospital, Blakk Rasta has detailed that he refused treatment at that particular health centre. “He told the doctor who was attending to him that he did not like that hospital”, Blakk Rasta disclosed what the doctor told him.

Blakk Rasta asserted that the man used that excuse and before the doctor realised, he had left the hospital.

Unfortunately, Blakk Rasta revealed the man had mentioned his name to the doctor but did not give out his full name which could make it possible for his rearrest.