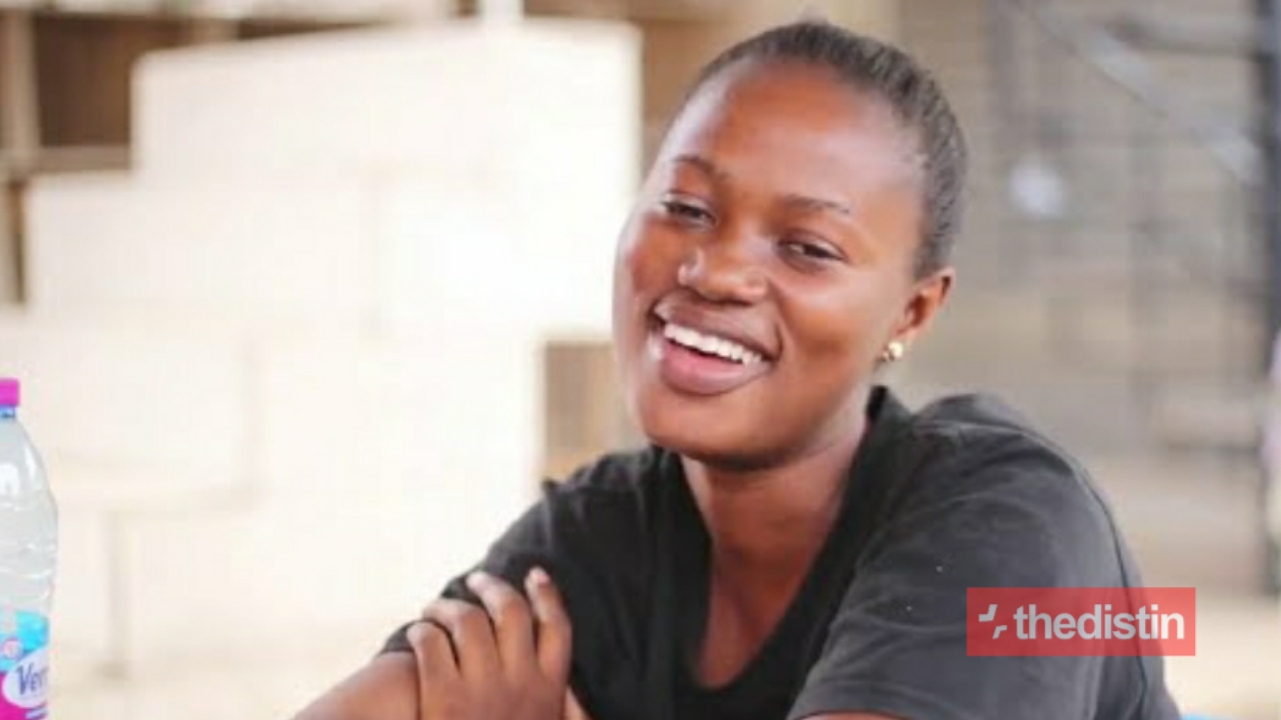 Thedistin.com has chanced on an interesting story of a Ghanaian lady who holds a Master’s degree but has resorted to becoming a mobile money vendor.

The Ghanaian lady who goes by the name Priscilla Agyeman shared her story in an interview with SVTV Africa monitored by thedistin.com.

According to Priscilla Agyeman, she completed University of Education in 2016 with a Bachelor’s Degree in Agricultural Education, and after she had her mandatory one year national service.

Read Also: PM Reigns Reveals Her Favorite S3.x Position And Explains How She Loves It With Mona Gucci On The Link Up Show (Video)

She further revealed that after her national service she combined her Masters education with her mobile money business.

Priscilla Agyeman holds a Master’s degree in Food and Nutrition.

Despite having a Master’s degree, she revealed her numerous application letters to various institutions did not get her a job.

According to her, there were instances employers wanted to sleep with her before giving her a job.

She also disclosed that she was denied an opportunity to travel to Canada to study because she refused to sleep with man who was helping her.

According to her, she is no longer interested in doing office work because she’s making more money than those in the office.

She disclosed that even some of her friends in the office come to her to borrow money.