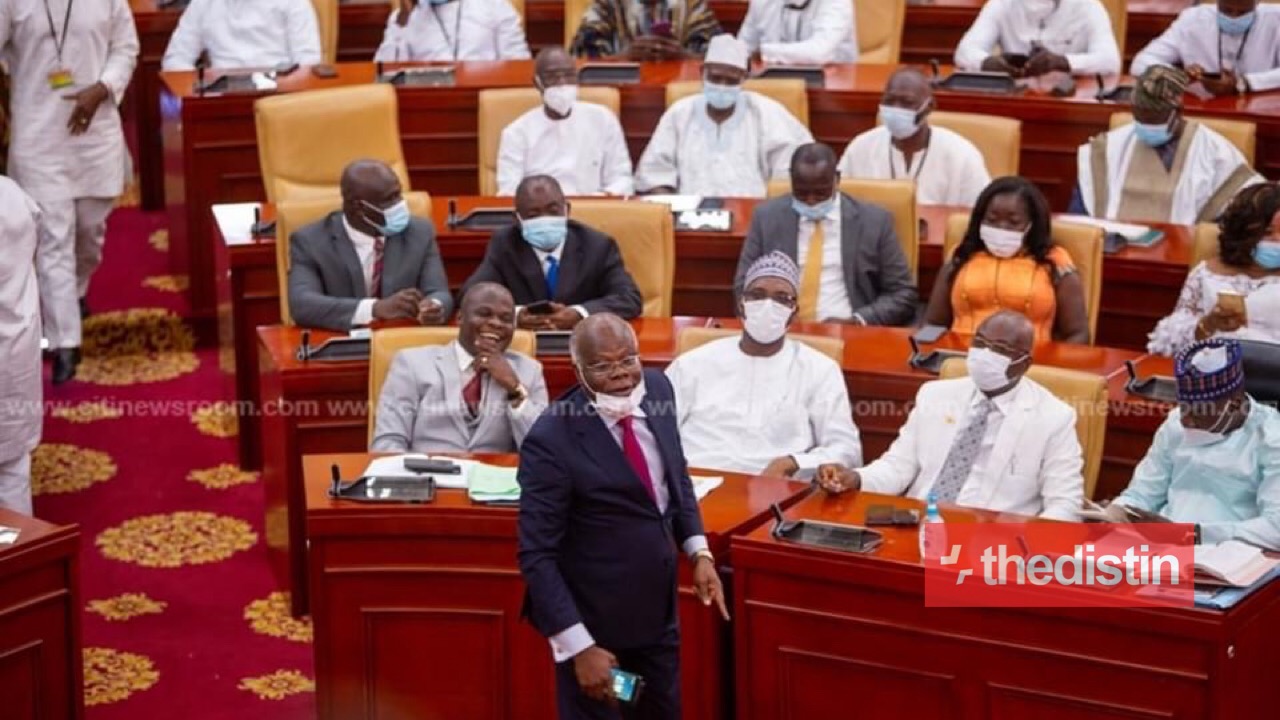 NPP MP for Adansi Asokwa, K.T Hammond caused a stir in Parliament a little earlier when he arrived for the final dissolution and inauguration of the 8th parliament of Ghana’s 4th Republic and spotted NDC MPs sitting at majority side in parliament.

The elected lawmakers have been seated currently as they finalize the dissolution of the 7th parliament of Ghana’s 4th Republic and also inauguration the newly faces.

From pictures sighted by Thedistin.com on Citi Fm Facebook page, a serious drama has ensued at the parliament this evening.

Tonight, as there is a dissolution of parliament at the same time an inauguration which will end at 12 pm saw the sitting arrangement otherwise.

The NDC MPs mostly in white immediately moved to occupy the seats of the NPP, click here to see more pictures of NDC MPs occupying seats of NPP MPs at parliament.

NPP MP for Adansi Asokwa, K.T Hammond caused a stir in Parliament a little earlier when he arrived.

He was eventually ushered away by the NDC MP for Pru East, Kwabena Donkor.