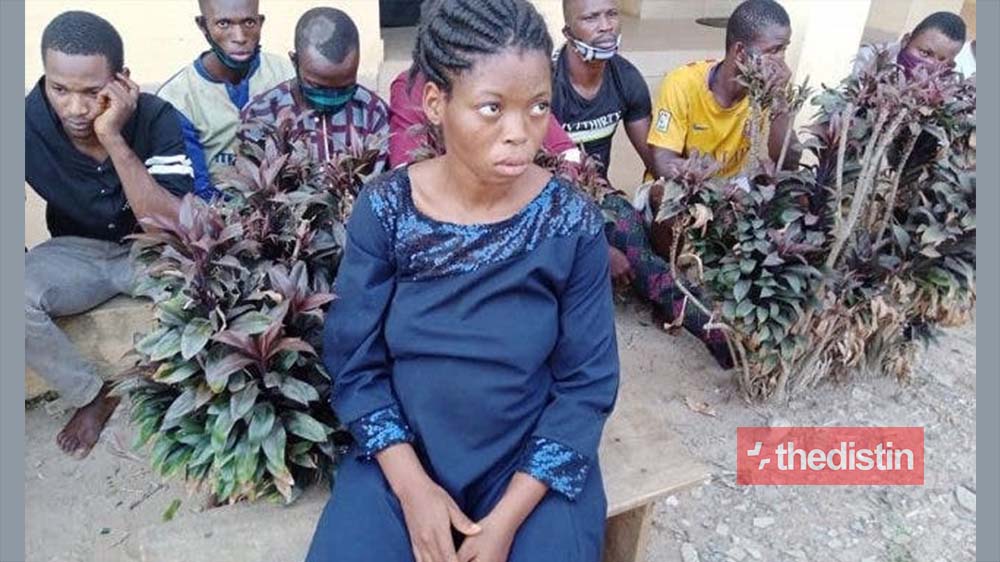 Mariam who is the first wife of her husband told Dailypost that she killed the toddler out of jealousy, saying their husband; Musa loved the son more than her daughter.
She further confessed that she poisoned the boy with a pesticide (Rocket).

She confessed while being paraded by the Commissioner of Police in Osun State, Wale Olokode, on Tuesday at the State Command, Osogbo.

she accused the husband of showing more love and favor to the second wife because she had a male child while she (first wife) is yet to have a male.

I was sleeping inside my room when the boy came to me and I gave him the insecticide to drink. My husband was showing love and favor to the second wife.
I learned fashion designing before I became a pap seller because the business was not moving. My husband arrived on the evening of my graduation as a certified fashion designer and spent N70 but he spent a lot during the second wife’s graduation as a hairdresser

My husband bought plasma and cable television for the second wife while I have no television in my room. The second wife has been putting up some funny attitudes. She doesn’t answer if I greet her, even when I was sick, she didn’t ask about my health

Greed and jealousy made me kill the son of my husband’s second wife. She had a male child and I was not happy that our husband was showing her more care

After the death of the boy, Mariam said she confessed the crime to her husband due to her conscience.

The police boss in the state, Olokode, however, told newsmen that the second wife reported the case at ‘B’ Division Ede on the same day of the incident.

Olokode added that the child was taken to Muslim Hospital Ede but unfortunately, died while receiving treatment on 31 of December 2020