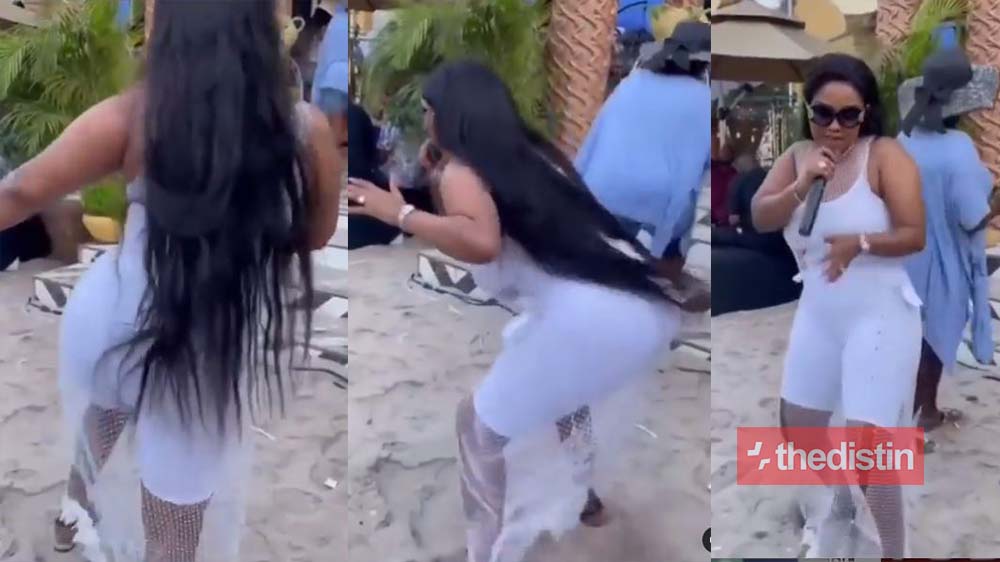 In a new video sighted online by Thedistin.com, the taleneted actress was seen at the beach enjoying herself like nobodys business while she sings and dance.

Besides being a good actress, she is also a great singer and an excellent performer.

Nana Ama Mcbrwn in several videos shows she is also a very good dancer and she has just put her twerking skills to the test in a new video on social media.

Mcbrown at a beach party decided to perform Keche’s ‘No Dulling’ as she dances however she pleases for the audience or guest.

In the middle of the performance, she had to lower the mic and give her audience some crazy twerk to prove she can also do everything.

Below us the video