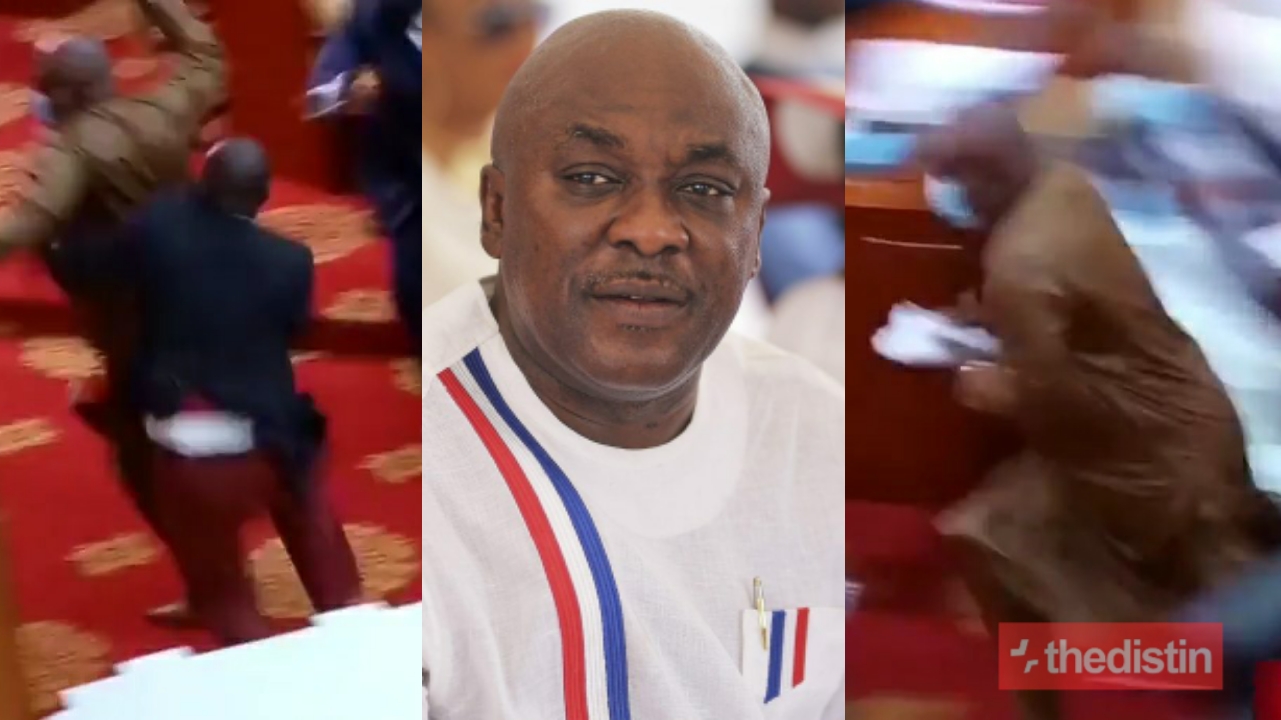 Thedistin.com has sighted an interesting video on social media where NPP MP for Tema West Carlos Ahenkorah snatched ballot papers during election of speaker of Parliament.

The incident took place over the night as 7th Parliament was dissoluted for the beginning of the 8th Parliament.

In the video, the NPP MP for Tema West is seen being classed by NDC MP for Asawase Muntaka Muhammed.

Also news reaching thedistin.com indicates that Alban Bagbin has been declared as Speaker of Parliament.